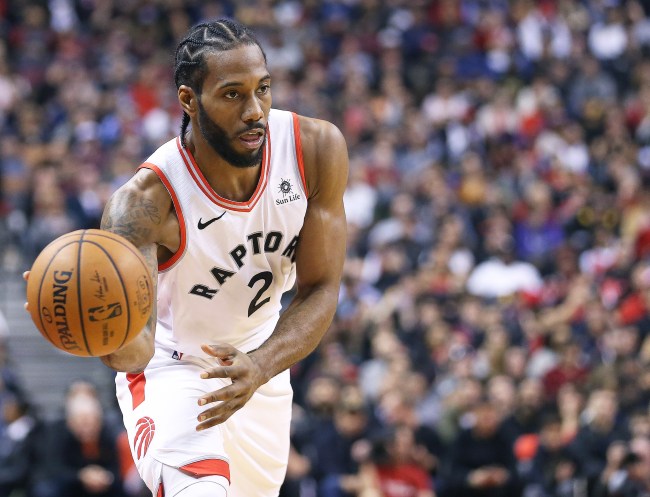 Kawhi Leonard’s free agency decision could change the entire landscape of the NBA. Should the superstar stay with the champion Toronto Raptors, who reportedly still have “work to do” to re-sign him, Leonard should give himself another opportunity to defend the team’s title next season. If he decides to leave, it’s clear that he can come in and change the entire fortune of a franchise, just as he did in his first (and maybe only) season with Toronto. Wherever he goes, it’s bringing a lot of angst — especially for one of the teams believed to be the favorite to sign him.

That team would be the Los Angeles Clippers, who have long-been rumored to be a top destination for Kawhi Leonard, with the two-time NBA champ reportedly looking to move closer to his hometown in Southern California. Although there have been reports linking Leonard to the Lakers — especially after the team traded for Anthony Davis — the general thought is that he’ll either stay with the Raptors or join the Clips.

And, because of the magnitude that adding a player of Kawhi Leonard’s stature could bring to a franchise, the Clippers are really sweating this one out. That’s according to ESPN’s Brian Windhorst, who went on Get Up to describe the general nervousness going on with the team right now.

“Internally, they’re hyperventilating right now,” said ESPN’s Brian Windhorst about the Clippers. “I think Kawhi will give the Knicks a look. I think his decision will be staying with the Raptors, likely on a short deal, a one-plus-one deal. Or look at the LA Clippers where he can invest in going forward.”

Windhorst’s report comes after rumblings that Kawhi Leonard could be interested in scheduling meetings with the New York Knicks once free agency starts. So, in addition to contending with the recently crowned champion Toronto Raptors, the Clippers could be battling with an iconic franchise in a bigger market.

Take a look at the full segment from Get Up below.

Following the success that the Raptors saw with Kawhi this season, there are rumors out there that he could opt for a short-term deal with the team to remain north of the boarder, then enter free agency again in a year or two when he’s still just 29 years old. While that’s only one of the options the All-Star forward has, it does seem to be impacting how the Clippers are thinking, so we’ll have to wait and see how this all shakes out.