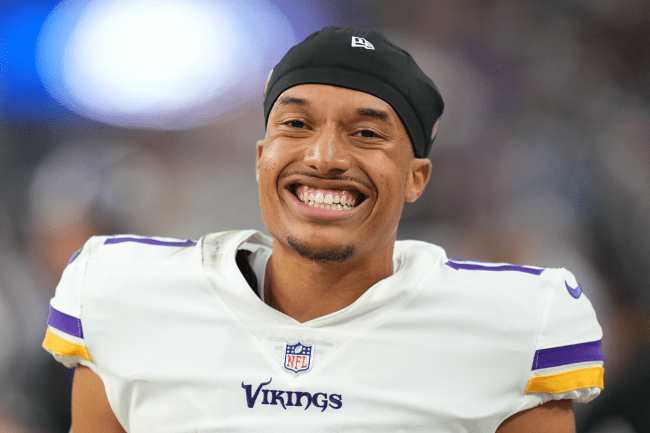 At the end of last season, former Vikings head coach Mike Zimmer made his opinion on Kellen Mond very clear. When presented an opportunity to play the rookie in the final game of the year, he chose not to take it because he knows what he can do.

His comment about the former five-star Texas A&M quarterback who was drafted in the third round were not positive. Zimmer was clearly not enthused by Mond’s potential.

Well, fortunately for Mond, he has a new head coach and a new staff in Minnesota. He had something of a clean slate entering the season with Kevin O’Connell in charge.

And to help his case, Mond went 9-of-14 for 219 yards and two touchdowns without an interception during his 2022 debut. The Vikings played the Raiders in their first preseason game of the year over the weekend and Mond showed some promise.

However, one play in particular showcased everything that needs to be known about the 23-year-old. It’s not hard to see why Zimmer wrote him off based off of one redzone incompletion on Sunday.

Mond took the snap, looked to his right, changed course and stumbled through the pocket while rolling to his left, cutback and rolled back to the right, threw a pass on the run back over the middle of the field and completely missed his intended target. It was a rollercoaster, take a look:

Mond, by all accounts, is locked into the second-string role in Minnesota behind Kirk Cousins. Although his final stat line was worth paying attention to, the one play in the redzone sums it all up.