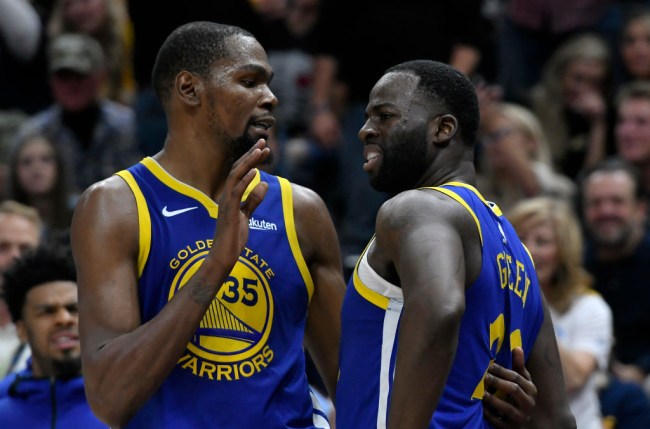 The Kevin Durant vs. Draymond Green saga has become the gift that keeps on giving. Warriors teammates can try to chalk this up to “competitors being competitors” all they want, but when family gets involved, it’s more than a dust up. Earlier today, Draymond Green’s mom was in the social media trenches defending her son and trying to coach KD up on the correct way to play in late-game situations.

Now, a member of the Durant family has chimed in.

Durant’s own brother, Tony, threw gas on the fire in a now-deleted Instagram Story that Bleacher Report was able to grab a screenshot of before deletion.

Does the “greatness is done” comment imply that KD is leaving in free agency next season?? I choose to read into it too much.

Man, Draymond better chill before KD knocks his ass out cold. He don't want no problems with KD, they built different pic.twitter.com/K4TiLz1aEj

As For the Win points out, this isn’t the only time Tony implied that his brother may not be a permanent fixture on the Warriors. After the first game, Tony commented on Kevin’s IG post, “Filling the hand up before we get outta here!”