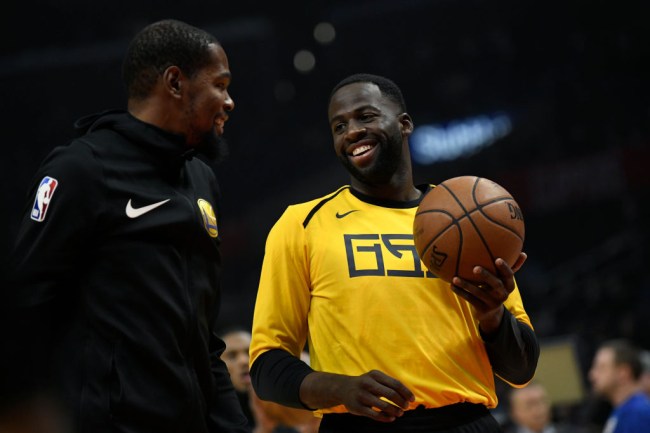 This Kevin Durant/Draymond Green feud is the internal combustion basketball fans didn’t know we needed. If you need a timeline refresher on the saga, here it is:

Just when we thought things couldn’t get any juicier, Draymond’s mother, Mary Babers Green, has chimed in on social media defending her son from criticism and coaching Kevin Durant on how to execute late-game situations.

KD should have ran and fill the lane like he always does. Dray got trapped because he was expecting him to be there and he wasn’t! #enoughsaid #Drayaintselfish

You wasn’t there so you don’t really know what happen! It was between TEAMMATES & that’s where it should have stayed! Brothers are built for ADVERSITY!

Take a hike on your bike and keep on trekking!

That part! Dray been bringing the ball up every game and was commended for it-OH BUT NOW ITS A PROBLEM..get out of here!

This entire debacle would have been avoided if Steve Kerr called a timeout after Draymond snatched the rebound. Orrrrr Draymond could have passed the ball to literally any other Warrior on the court seeing as they have three of the best shooters to ever play. I’m no coach, just a fan assessment. Sorry, Mary Babers Green, but your son’s gotta pass the fucking rock.