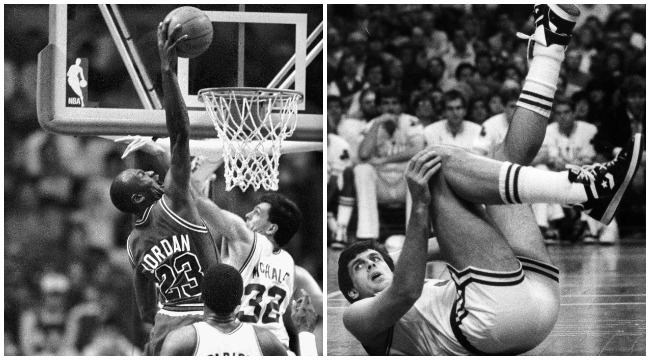 The Last Dance doc has succeeded in painting the Bad Boy Pistons squad of the late 80s as brutes and cowards, a group overcome by better champions more worthy of wearing the crown.

As convincing as the pro-Bulls narrative may be, there are always two sides to a coin, and Celtics legend Kevin McHale has offered a conflicting take on the most beloved dynasty in the history of sports.

“First of all, you can see why the Pistons didn’t like the Bulls. The Bulls complained all the time. That’s one thing that came across (in the documentary). Like, ‘This is not basketball. This is thuggery.’ All that stuff. I thought the Bulls really disrespected what the Pistons were able to do. But, hey, when you kill the king, you can talk [expletive].”

McHale’s opinion echoes that of Doc Rivers, who recently defended Isiah Thomas after his less-than-flattering portrayal in the doc: “Isiah was a ruthless winner … he’s no different from any other winner.”

While the Pistons’ rough-and-tumble style of play was condemned by Jordan and the Bulls, McHale claims he enjoyed playing that style of basketball.

As far as the snubbed handshake after a playoff drubbing, McHale took the side of Isiah and the Pistons.

“I’m going to tell you this: of all the series that I played in all through the ’80s, after a close-out game, unless you were walking with somebody you knew, you almost never said anything. You might congratulate them if you saw them later, but there wasn’t a lot of talk, I mean, congratulatory or (expletive)-talking or anything,” McHale said. “You just kind of went in the locker room. Ninety percent of the series we won, I didn’t talk to anybody. They didn’t come up to me, and I didn’t think they should.”

Still, just the image of Isiah making his body small as he eeked past the Bulls bench after defeat is all the evidence I need.