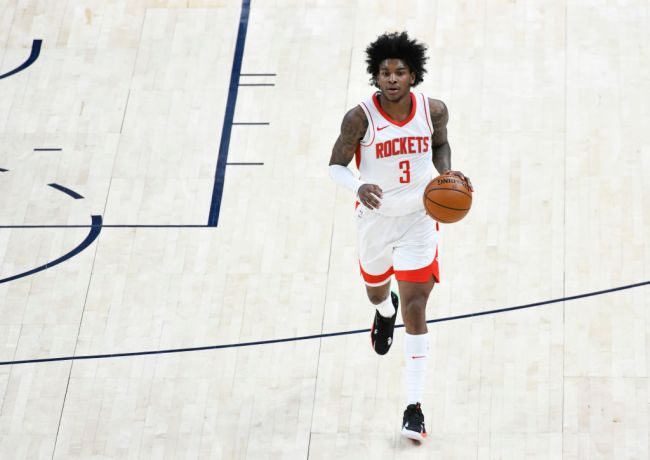 During the Houston Rockets’ trip to Miami to take on the Heat on April 19, at least two Rockets took a trip to a local strip club, which violated the NBA’s current health and safety protocols.

Sterling Brown was reportedly involved in a serious altercation after entering the wrong van leaving the strip club that ended with him being assaulted and hit in the head with a bottle suffering facial lacerations. Brown was taken to the hospital to receive a number of stitches and he will be out indefinitely for the Rockets. The most recent report from ESPN’s Tim MacMahon details that Kevin Porter Jr. was also at the strip club and he too will miss time.

According to the report, the NBA ruled Porter Jr. ineligible because he visited the strip club, there are no indications that there is any other sort of suspension involving any action he may have taken during Brown’s assault.

The assault on Brown reportedly took place close to 7 AM Monday morning, the Rockets played the Heat later that same night. Hanging out a strip club until sunrise the morning literal hours before tipoff seems like a rather bold strategy, to say the least.

Miami-Dade Police indicated that there was another person with Brown at the time of the accident, but the individual did not want to provide any information.

There was another person with Brown, police said, and that person did not want to provide any information. Police say there were no witnesses, and that strip club personnel were unaware of what happened.