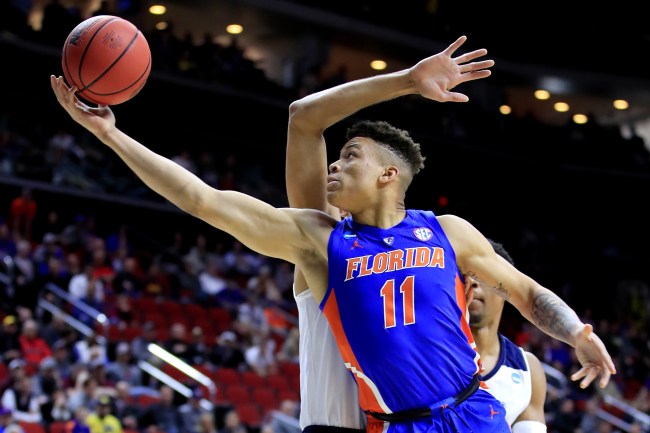 When Florida forward Keyontae Johnson collapsed on the court during a game December 12 at Florida State, it was hard not to flashback to March 26, 2018, when G League player Zeke Upshaw collapsed during a game on his home court. Upshaw ultimately passed away from sudden cardiac arrest from heart disease that had not been detected in two preseason screenings.

Johnson, the SEC preseason player of the year, made a miraculous recovery after being placed in a medically-induced coma at UF Health in Gainesville.

On Tuesday, he made remarkable progress and FaceTimed his teammates. Today, he shared a video thanking everyone for the prayers and support 🙏

According to USA Today, the 21-year-old has been released from the hospital 10 days after the incident, but was diagnosed with a heart inflammation that may be related to an earlier infection for COVID-19 in the summer. He is expected to be out for a minimum of three months and likely will miss the rest of the 2020-21 season. Despite the hiatus from ball, Johnson’s family said in a statement that they “continue to be amazed at the pace of his recovery” but want to get let medical professionals do continue to do their work before drawing any definite conclusions.

The heart inflammation, called myocarditis, is most commonly the result of viral infections.

“At Florida, we do an EKG and an echo on every athlete that comes to us, so we have that on record already. So if someone gets COVID, and we repeat this cardiac workup, we are able to compare back to what they were when they came in as a freshman or transfer here. So we have a pretty good idea if there were any changes,” Florida team physician Jay Clugston told TV20 in August. “There does seem to be more cases or cardiac effects from this virus than maybe we have seen from others, although, we are looking a lot more closely than we have in the past. I think all of us are cautious about it.”

Florida has postponed its remaining non-conference games and is scheduled to return to play December 30 at Vanderbilt.