We Could Get A Fight Between Floyd Mayweather Jr. And Khabib Nurmagomedov If The Boxer Gets His Way 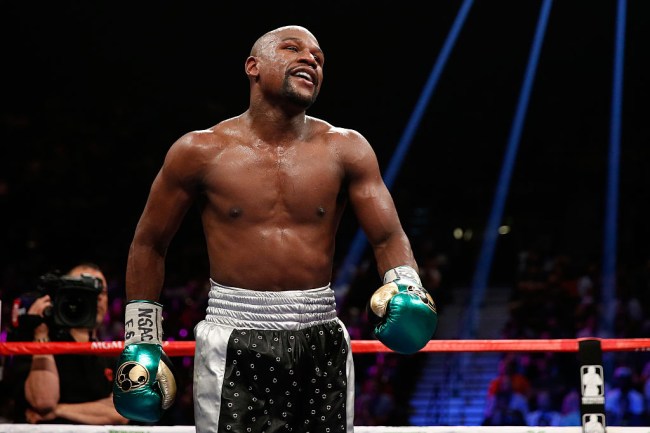 In 2017, Conor McGregor decided to step out of his comfort zone and into the ring with Floyd Mayweather Jr., who welcomed the Irishman to his new home with a flurry of punches to the face in a fight that ended with the MMA fighter taking an L that virtually everyone saw coming.

McGregor would start angling for a rematch almost immediately and appears to still be very interested in a second bout, but as of right now, it sounds like we’re more likely to be treated to a UFC match between Tom Cruise and Justin Bieber despite how much money another fight with Mayweather would undoubtedly rake in.

After a bit of a hiatus, McGregor would eventually return to the Octagon to face off against Khabib Nurmagomedov last year in a faceoff that will probably be best remembered for the chaos that ensued after the Russian beat the living hell out of his opponent and made plenty of people wonder if McGregor might want to reconsider the whole “fighting” thing given his recent track record.

Nurmagomedov has made it very clear that he’s also not interested in another fight with McGregor, but according to TMZ, he’s found a new potential challenger in the form of Mayweather himself.

Earlier this week, the outlet spoke with Khabib’s manager Ali Abdelaziz, who claims the boxer is “begging” for a chance to take on Nurmagomedov in a second spectacle.

Abdelaziz, who threw a jab at Mayweather when he suggested the boxer is running out of money, says Khabib’s camp isn’t interested in a fight (at least at this current moment, as Nurmagomedov is gearing up for a showdown with Dustin Poirier at UFC 242 in September).

With that said, everyone involved here seems to enjoy swimming in piles of cash so there’s always a chance Floyd’s dreams can become a reality at some point in the future.