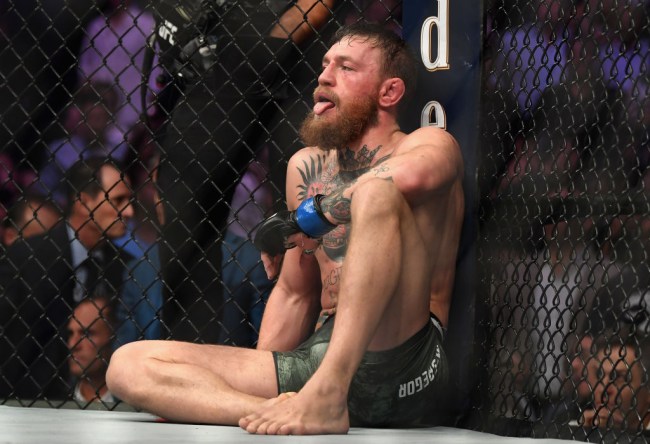 UFC 229 was probably the most highly-hyped MMA event in recent memory thanks to the headlining fight between Khabib Nurmagomedov and Conor McGregor, who entered the Octagon sporting an incredible amount of bad blood against each other.

The Russian managed to best the Irishman with ease but their match was overshadowed by the events that transpired after it when all hell broke loose after a member of Nurmagomedov’s team decided it’d be a good idea to punch McGregor.

The two men engaged in a fierce war of words following the incident—which Nurmagomedov blamed on McGregor’s over-the-line prematch taunting—and it didn’t take long for Khabib to turn his attention to Floyd Mayweather as McGregor tried to lobby for a rematch.

There’s no doubt there would be an equally insane amount of hype—if not more—if the two men faced off again, but when you consider how dominant Nurmagomedov was during the fight, it seems very unlikely we’d see a different result.

As a result, Joe Rogan says there’s no real need for a rematch (aside from the piles of cash the UFC would undoubtedly rake in), and based on some recent comments, it appears Khabib is in the same boat.

Nurmagomedov is currently gearing up for a bout with Dustin Poirier at UFC 242 on September 7, and according to ESPN, he doesn’t seem interested in taking on McGregor again:

“The last three years he has only one victory and amateur boxing. How does he deserve a rematch?” Nurmagomedov asked. “He tapped. He begged me, ‘Please don’t kill me.’ Now he’s talking about a rematch?

“Tony Ferguson [is] on the line. People who have win streaks [are] on the line. But not the guy who don’t win nothing the last three years. … Right now I’m focused on Sept. 7.”

In a world filled with hot takes, I have to say this is a pretty reasonable one. McGregor might still be one of the biggest names in the sport but it’s pretty hard to justify him getting a chance at the title given his recent track record.

With that said, both men—and Dana White—also like boatloads of money so I wouldn’t be shocked if we get a rematch at some point.