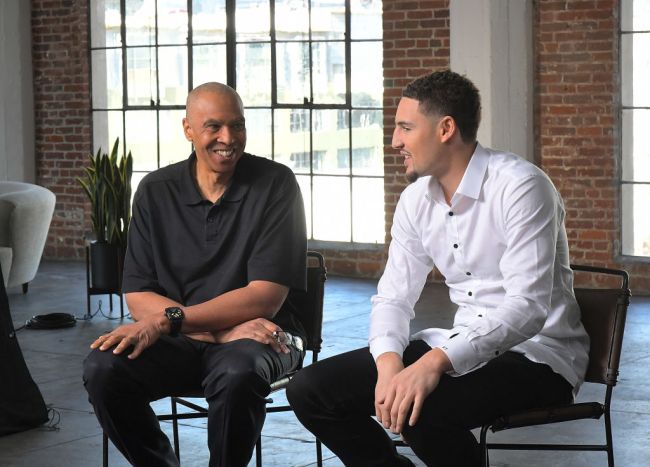 There were plenty of people responsible for the Golden State Warriors winning another NBA title this season who have all be getting credit for the team’s accomplishment.

However, there is one unsung hero for this year’s NBA champions. That unsung hero is the Minnesota Timberwolves, who didn’t get the appreciation they were due until Klay Thompson’s dad, Mychal Thompson, shouted them out today.

Ya no the Warriors gotta send a ring to Minesota…Y…Well,they PASSED on Steff and Klay in the draft AND they traded Wiggins to G State…So yeah…Minesota shud get a ring too

Back in 2009, the Timberwolves made an absolutely baffling pair of picks with picks 5 and 6 in the NBA draft. They selected Ricky Rubio and Johnny Flynn with those picks. The decision seemed strange at the time as the two both played point, but it got worse over time as there was another point guard drafted at pick 7. That point guard was Steph Curry.

A few years later they would pass on another one of the Warriors’ stars in the draft when they chose Derrick Williams with the 2nd pick in 2011. Klay Thompson went to the Warriors with the 11th pick. That decision at least made more sense at the time, but the fact that Williams hasn’t played in the NBA since 2017 while Klay is still winning rings is a tough pill to swallow.

Then they traded one of the key pieces of the Warriors’ roster to the team in 2020 when they sent Andrew Wiggins to the team along with a pair of draft picks in exchange for D’Angelo Russell, Omari Spellman, and Jacob Evans.

The Warriors also used one of those picks to select Jonathan Kuminga, who has already flashed plenty of potential down the stretch during the regular season.

With all of those big assists the Timberwolves provided for the Warriors, Thompson just might be right about them deserving a ring.