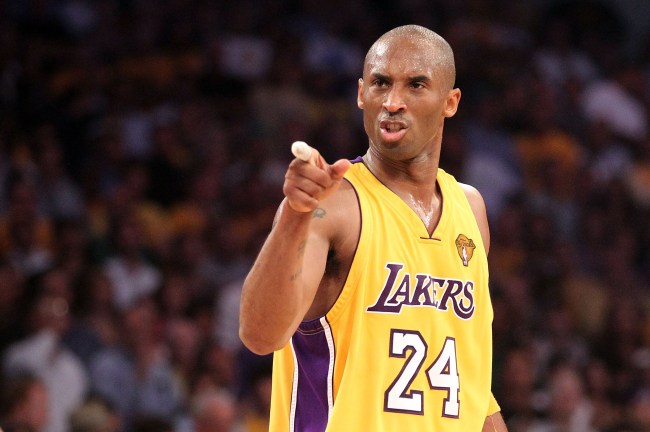 Kobe Bryant’s death is still trying to sink in, with millions of people still trying to wrap their heads around the fact that one of the best basketball players on the planet, most influential people on the planet, and most successful people on the planet is gone — along with his 13-year-old daughter Gianna Maria, and seven others. The news of the fatal helicopter crash that killed nine last weekend has brought a lot of people together, with everyone sharing their stories with Bryant, while pledging to be better as he would want.

As heartbreaking as the past week has been, if you have a pulse, you enjoy these types of tributes. Sure, it’s hard to accept that someone as inspiring as Kobe Bryant and the eight other victims are gone, but his legacy has lived on through heartwarming stories.

Here’s another one for you that brings all the feels, man.

According to CNN, a 13-year-old kid named Brady Smigiel snapped a blurry selfie with Bryant on Saturday while trying to meet his hero at the Mamba Sports Academy. Little did anyone know that it may have been one of the final photos ever taken of Kobe.

When Brady Smigiel, 13, captured a blurry selfie with his idol, #KobeBryant, on Saturday at the @MambaSportsHQ, he didn't know it probably would be one of the last photos of the NBA legend alive. #RIPKobeByrant #ThursdayThoughts pic.twitter.com/NoPH17EItp

While that’s devastating to think about, the story of the interaction between the teenager and Kobe Bryant is even more heartbreaking, as the icon actually talked to Brady after seeing that the photo came out a little blurry. Take a look at details of the story and interaction below.

“Brady, who played in the Mamba Cup for Team Edge last weekend along with his twin brother, Beau, woke up thinking “Let’s go see Kobe before our games,” his mother Dionne Reich Smigiel told CNN.

“They are both obsessed with basketball and big fans of Kobe,” she said. “Brady was writing to our ‘family text’ group all day.”

“When we are in Newport Beach, Brady makes me drive by Kobe’s gate just in hopes he might be driving out at the same time,” Smigiel added.

“He said Kobe was ‘mad they lost’ and wouldn’t take a pic but gave him knuckles,” Smigiel said.

Not long after, Brady got his second chance to ask Kobe for a picture, which is the one snapped above. While it came out blurry, Bryant turned to the teen and said, “we’ll get a better pic tomorrow.” Little did anyone know that the next morning would be the fatal helicopter crash killing the basketball legend and the eight others.

While the news has been a shock to everyone, the Smigiel family has been hit particularly hard given the interaction between Brady and Kobe the night prior.

“News of Kobe and Gianna’s death hit the Smigiel family as a shock. “We are struggling. Kobe was such a presence in our little community of Newbury Park. My boys don’t know how to process this,” Smigiel said. “I woke up on Sunday and heard there was a helicopter crash in Calabasas and said to my family, ‘Oh, my gosh, a helicopter just went down at the same time Kobe is supposed to arrive in Camarillo. Pray it’s not him and Gigi,’ ” she added. “Then an hour later we got the news. It’s just all so sad.”

Kobe Bryant’s impact on the world during his 41 years was absolutely incredible, and his legacy and good will will spread for decades. It’s impossible to think about what he, his daughter and those other passengers could have given in the subsequent years, though, which is part of the reason why the incident is so unfathomable and difficult to process. Forever, bless up.