A Young Kobe Bryant Explains The Badass Reason Why He Originally Wore No. 8 With Lakers 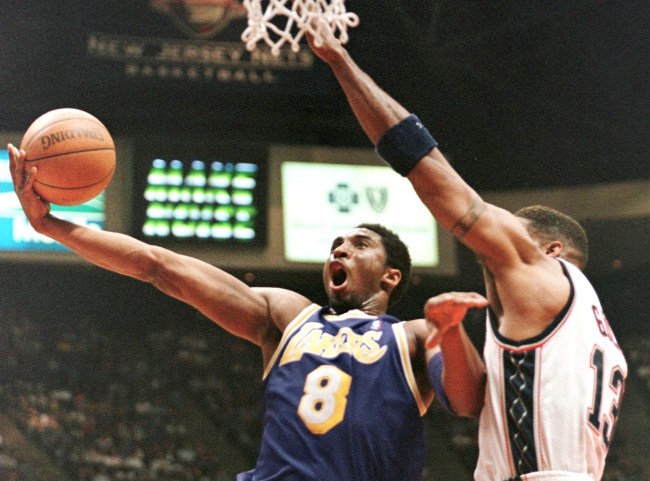 If there’s one thing we all knew about Kobe Bryant, it was that he was built differently than others. OK, I take that back, because there was one person who the Lakers legend resembled when it came to competing like hell: Michael Jordan. Other than those two all-time greats — who, between the two of them, went on to win 11 NBA titles — nobody can match their intensity and ruthlessness on a basketball court.

While that’s a bold statement, it’s kind of true. In fact, I’m not the only one who thinks that, as Jordan himself once talked about how much Kobe Bryant’s work ethic resembled his own obsession to get better, hinting that no other basketball player came close. From Roland Lazenby, author of Michael Jordan: The Life, per L.A. Times, Jordan gave quite the compliment to Bryant.

“He said Kobe had done that work to deserve the comparison. He says Kobe’s the only one to have done the work.”

Hearing that from the GOAT had to be one helluva accomplishment — especially in Bryant absolutely idolized Jordan’s game and tried to emulate him any chance he got to. It’s why MJ respected the hell out of Kobe, and even referred to him as a “little brother” following Kobe Bryant’s tragic death earlier this year.

Seeing as how Kobe Bryant and Michael Jordan had a similar mental makeup, it shouldn’t come as a surprise to anyone about the reason why Bryant chose his iconic No. 8 Lakers jersey — which he eventually switched to No. 24 before the 2006-07 NBA season, which was his first jersey number in high school. So why did the Black Mamba originally don the No. 8? just listen to how he described it years ago.

#LostFiles
So that’s how #KobeBryant decided on number 8
“Ocho” pic.twitter.com/4qnbTK1xR9

Yep, that’s just about what we all probably expected Kobe Bryant to say. Given the way he found ways to motivate himself by any means possible, when he left that high school tournament which, in his own words, had over 200 participants and was the highest level of competition he had faced at the time, it made sense to acknowledge his own skills. And, by adding up his high jersey number at the camp, it served as his own reminder that he could be great.