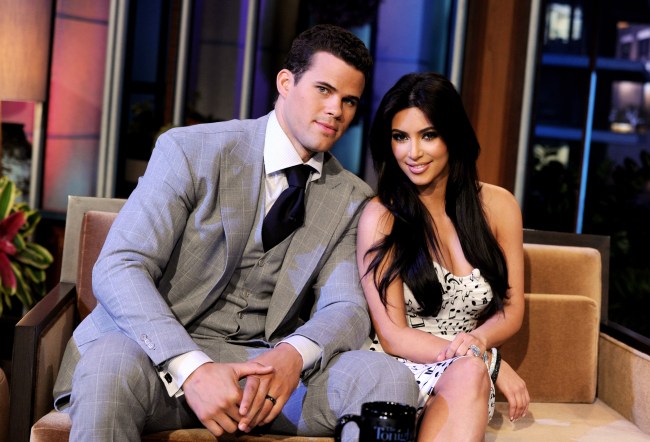 After a 13-year NBA career, Atlanta Hawks power forward Kris Humphries has decided to hang up the kicks.

The 34-year-old announced his retirement in a Players Tribune article title ‘I Never Wanted To Be That Guy,’ where he admits that he spent his entire career wanting to be accepted in NBA circles for his gritty play rather than some pretty boy Kardashian boy-toy.

Humphries grew up in Minnesota and spent his youth kicking Michael Phelps ass in the pool as the top 10-year-old in the nation in six swimming events. Humphries claimed that he quit swimming when after a big meet when he got out of the pool two laps early on the 200 meter swim because he thought he had finished. Humphries claimed to be “so embarrassed that I could have died” and every day since, he’s tried to bury that moment.

That same embarrassment followed him to the NBA in his first game at Madison Square Garden since his infamous 72 day marriage to Kim Kardashian ended. Humphries describes his reception as “feel-it-in-your-bones” booed.

Look, I should have known what I was getting into. I was definitely naive about how much my life was going to change. But the one thing that really bothers me is whenever people say that my marriage was fake.

There’s definitely a lot about that world that is not entirely real. But our actual relationship was 100% real. When it was clear that it wasn’t working … what can I say? It sucked. It’s never easy to go through the embarrassment of something like that — with your friends, with your family…. But when it plays out so publicly, in front of the world, it’s a whole other level. It was brutal.

I didn’t know how to handle it, because I never thought I was going to be famous in that way. I remember having this moment when I was getting booed so hard in Philly, and I thought to myself, “Why exactly are they booing me, though? Is it just because I’m That Guy from TV? Do they think I was trying to be famous? Is it because they think I disrespected the game of basketball?”

The last one killed me, because all I’ve ever wanted to be known for was basketball.

Humphries would go on to say that he would lie to people who approached him in public and say that he wasn’t Kris Humphries, he just looked like him. He recalls telling some people that he was actually Blake Griffin.

I’ll be honest, I dealt with a lot of anxiety, especially in crowds. There was about a year where I was in a dark place. I didn’t want to leave my home. You feel like … I don’t know … the whole world hates you, but they don’t even know why. They don’t even know you at all. They just recognize your face, and they’re on you.

When it’s all said and done, very few players stick around the league for over a decade. Humphries worked his ass off and overcame intense public ridicule to become a serviceable NBA player who can be proud of his career.