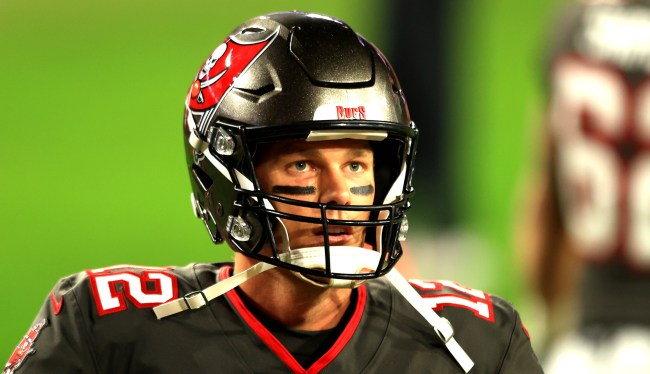 Brandt went off Tuesday morning on Brady over his growing pattern of unsportsmanlike behavior when things don’t go his way.

Brandt also added that if any kids out there watched what Brady did fans should just tell them flat out, “We point at that and say it’s bush league. Don’t do that. It’s a very clear message. Sit there next to your son and be like, ‘See what Tom Brady’s doing? Never do that. It’s a terrible look.’

“He said afterwords he’s disappointed. Well, so is every quarterback who lost to you and came and shook your hand. That’s part of the game.”

Interestingly, the two quarterbacks Brady has snubbed this season, Nick Foles and Jared Goff, are both players he faced in a Super Bowl.

Brandt continued, “If Baker Mayfield pulled that or if Cam Newton pulled that, they would be annihilated in the opening segment of every radio show and every TV show in the world.”

He’s certainly not wrong there.

“So here we go again. Can someone please ask Tom Brady why he did that last night as Jared Goff was standing there, after outplaying him and beating him. … He’s not above that. I don’t care what he’s accomplished. He should be obligated to answer the question about why you did that?”

Brady snubs again. Someone ask him about this, please. He’s not above it. pic.twitter.com/MTCcAG6TQA

Of course, the Brady defenders came flocking like Taylor Swift fans and the Beyhive.

Very common theme: doesn’t shake hands in losses (Goff, Foles) unless he has a personal relationship with the guy (Brees). Nothing personal, just an extreme competitor and it’s also discouraged to interact with others without masks in such a close proximity right now.

Brady must have some kind of hidden relationship with 22-year-old Justin Herbert that no one knows about I guess?

QB Tom Brady on #BoltUp QB Justin Herbert: “He was very impressive today and he played great. Our defense played great all year and he hung in there and made a lot of good throws. He’s got, obviously, all the ability, he’s got a great arm and moves really well.” pic.twitter.com/5IdolIrNPq