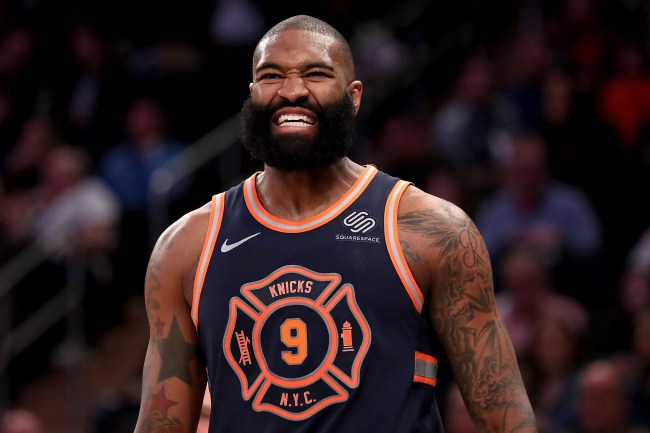 Kyle O’Quinn is sick of losing. In his six-year NBA career split between the Orlando Magic and New York Knicks, the 28-year-old hasn’t experienced one winning season, never mind a playoff birth. In his three seasons with the Knicks, they went a combined 92-154, and thanks in large part to Joakim Noah’s cartoonish contract holding the franchise hostage, they don’t appear to be a threat this upcoming year either (prove me wrong, Kevin Knox).

Quinn, who had modest career highs across the board last season, agreed to opt out of the final year of his contract and sign a one year, $4.5 million with the Indiana Pacers on Friday. Although O’Quinn will leave one of the NBA’s biggest markets to go to Indiana, he will likely taste winning for the first time in his career–the Pacers secured 48 wins and captured the No. 5 seed in the playoffs last season.

The Jamaica, New York native didn’t bail on his hometown team without twisting the knife, telling reporters on Monday: “I wanted to play for something more than next year’s draft.”

Kyle O'Quinn joins the #Pacers bench mob. Passed on an offer to return to hometown #Knicks "I wanted to play for something more than next year's draft." @WISH_TV pic.twitter.com/usqbometm8

Tough, but fair. The Knicks’ consistent incompetence has caused them to miss the playoffs in each of the last five seasons and 11 of the last 14. And as star power forward Kristaps Porzingis set to miss the beginning of next season recovering from a torn ACL in his knee, the Knicks are bound to be dogshit yet again. O’Quinn understandably didn’t want to be the dude playing the violin as the Titanic is going down.