Kyle Shanahan Has Beef With The NFL Over Ridiculous Hat Rule 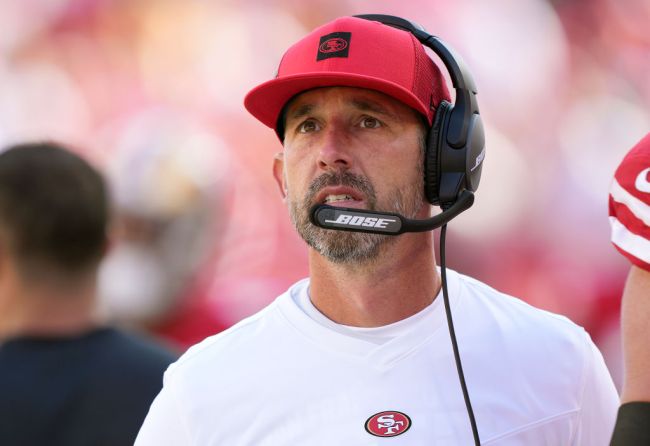 The NFL’s rules on uniforms have long been thought of by fans as being too strict. It has prevented players from wearing their desired cleats and even stopped DeAngelo Williams from wearing pink during games outside of the month of October as he tried to honor his mother, who had died of breast cancer.

Now it seems that the league’s uniform policy has drawn the ire of one of its coaches. Today, while talking to the radio station KNBR, San Francisco 49ers head coach Kyle Shanahan revealed that after wearing the same hat for the past few years, he won’t be allowed to wear his hat of choice during games because he can’t wear hats from previous years.

We’ve heard Kyle Shanahan talk to swarms of reporters this training camp, but today Murph & Mac get the Niners head coach for the first time this season 👀

I have such beef with them right now. It’s a tough issue going on. They won’t let me pick out my own [hat]. They won’t let me wear any one that’s from a [previous] year, so I can’t wear like an older one. I’ve got to wear the new ones that they give this year. Unfortunately, there’s none I like wearing. Hopefully, we can figure it out or wait until Salute to Service. … It’s just deals. I don’t want to go too hard and get fined or anything but trust me, I’m upset about it.

This seems like such a pointless thing for the NFL to be policing. Coaches and players should be able to wear whatever team branded gear they want on the sidelines. This hat doesn’t in any way negatively represent the NFL and instead could probably be something the 49ers make money on this year if Shanahan is allowed to bring it back.

Unfortunately, the NFL insists on taking whatever ounce of fun they can out of their product and now Kyle Shanahan’s hat will suffer for it.