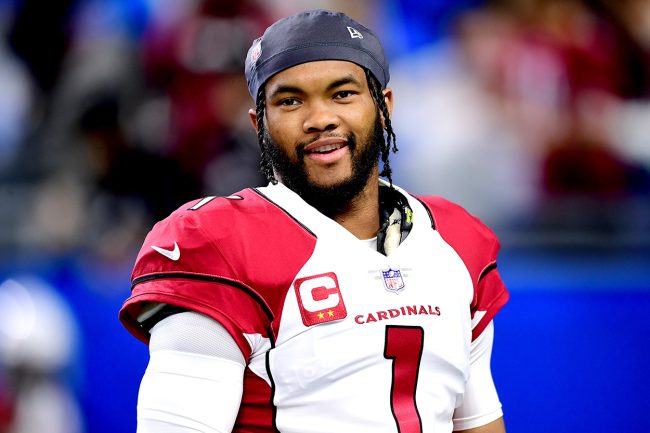 After a tumultuous offseason with a lot of drama between the Arizona Cardinals and their franchise quarterback, things seem to be better. Kyler Murray reported to OTAs last week and is with the team during minicamp.

That is a big deal, considering that there were thoughts that he would hold out. Murray reportedly wants a new contract despite having a full year and a fifth-year option on his rookie deal. As a result, there were some initial reports that the team was wanting to trade him, and that Murray wanted to be traded.

Both sides put that talk to rest earlier this spring. Murray made his future with the team clear. The team made its future with Murray clear.

Nevertheless, the understanding amongst NFL insiders is that Murray still wants more money. Many NFL executives believe that he will get it. Part of that belief may have stemmed from Murray forcing Arizona’s hand with a holdout.

Well, Murray is not holding out. In fact, he continues to throw one of, if not the most aesthetically-pleasing ball in the NFL. Video from Cardinals camp on Tuesday shows the former Heisman Trophy winner casually dropping a dime in a bucket. It wasn’t a deep throw, it wasn’t into traffic— nothing like that.

It was just Murray playing catch with Rondale Moore.

But the sheer beauty of the throw stands out. The spiral is perfect and Murray’s motion is so, so smooth.

The throw 🎯
The catch 🔥 pic.twitter.com/h1tgKxNWI8

Not long after practice wrapped for the day, Murray showed off his offseason work in the gym. He posted a total thirst trap to Instagram of himself in the gym.

Murray looks thick. Much, much bigger than last year. The weight gain is even noticeable in his face.

Murray played 2021 at around 207 pounds. It was not insignificant for someone who stands only 5-foot-10. However, it looks like he might be entering the summer closer to 215 pounds. So long as it doesn’t hinder his speed and agility, Murray looks tough to bring down.