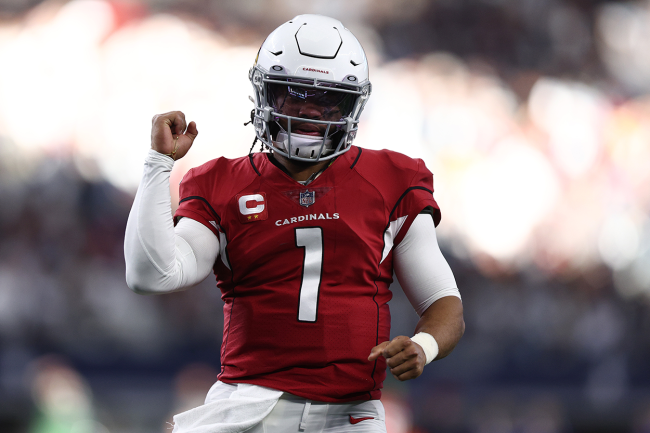 For much of the offseason, Kyler Murray’s future with the Arizona Cardinals hung in the balance. It was not clear if he would stay with the team, if he had beef with the organization, or if he was content where he was.

It certainly seemed like either or both of the first two options.

First, Murray scrubbed everything related to the team from his Instagram feed. Then, on the same day that a report came out about his refusal to come back in the game during a playoff loss, Murray called out the Cardinals for “nonsense.”

It was cryptic and nobody really knew what it meant, but it didn’t seem positive.

Not long thereafter, Murray’s agent released a lengthy statement with his client wanted from his team’s front office. A new contract was atop the list.

From there, a report came out about how Murray might choose to force his way out from Arizona. And then, after some crazy developments across the league and a lot of huge NFL shakeups, the Cardinals’ quarterback started to change his tune and put the team back on his Instagram feed.

Now, 41 days after he first cleared out his Instagram feed, Murray broke his silence. He spoke with reporters on Thursday and made his plans for the future very clear. He is an Arizona Cardinal and he is not going anywhere.

Murray likely still wants a new contract and there is no clear timeline for when that might get done. However, he is not going anywhere.