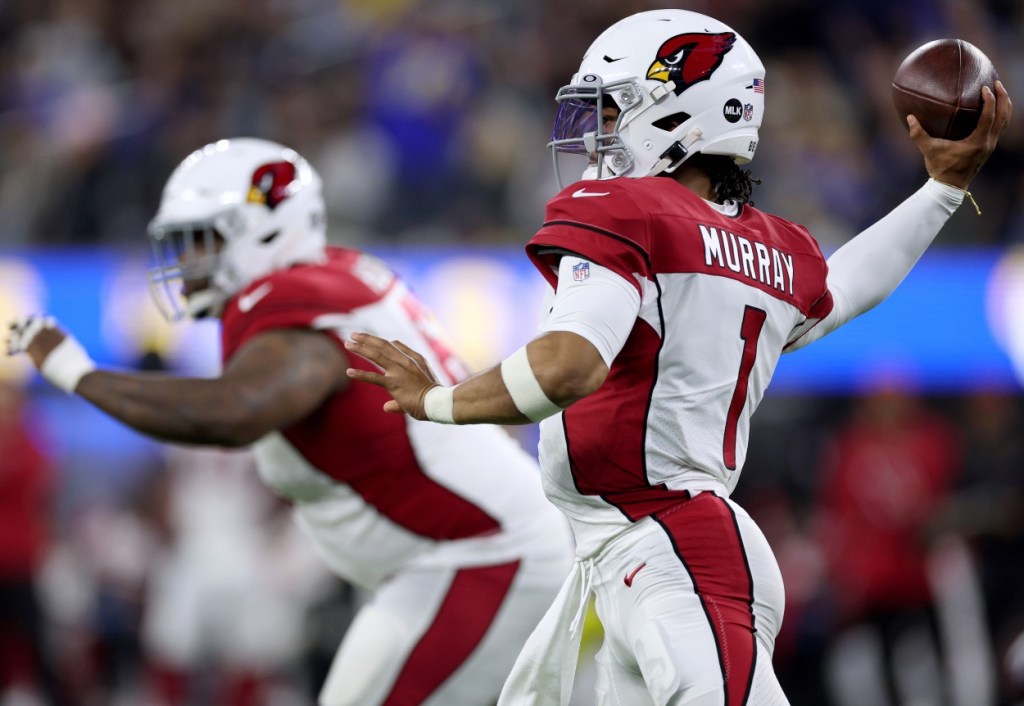 Arizona Cardinals quarterback Kyler Murray wants to get PAID. He wants a massive contract extension and we know this because Kyler’s agent recently released a lengthy statement of demands that went viral for being too long and having an awful font that was impossible for some to read.

Tuesday’s enormous shakeups across the NFL saw Aaron Rodgers become the highest-paid NFL player ever and Russell Wilson get traded from Seattle to Denver. And while all of that was going on, Kyler Murray surreptitiously simped for the Arizona Cardinals and brought back his previous IG pics.

This whole Arizona-Kyler situation really first came to light back in early February when Kyler removed every mention of the Arizona Cardinals from his Instagram page. The team responded by removing everything from their IG feed but two pictures of Kyler and now we’ve come full circle, raising some questions about his intentions.

What does this mean for the Arizona Cardinals?

A recent report from Alber Breer suggested that Kyler Murray wanted to wrap up any contract negotiations with the Arizona Cardinals before the NFL Draft. The Draft is on April 28th so both parties have over a month and a half to resolve this but there’s the whole aspect of Kyler being delusional if he thinks he’s going to get that Aaron Rodgers money after a horrible NFL Playoffs performance.

What Are Fans Saying About Kyler Murray On Twitter?

Make sure Kyler Murray get 300 million with no criticism

Every year a player does something cryptic on social media, they sign an extension, and it’s never spoken about again

Michael Bidwill has to be looking at the landscape of the NFC with the quarterback hierarchy and feel like (with Kyler Murray) the Cardinals are a near playoff lock in 2022.

For reference, the Eagles were the 7th seed last year at 9-8.

How Much Is He Going To Get Paid?

There have been reports that Kyler Murray is worth more than $43 million/season on the open market if he were to hit free agency. Prior to Aaron Rodgers signing a record-breaking contract, only Patrick Mahomes, Josh Allen, and Dak Prescott made more than $40 million/year.

Kyler wants in on that club but it remains to be seen if the team is ready to pay him yet without seeing some NFL Playoffs results first.