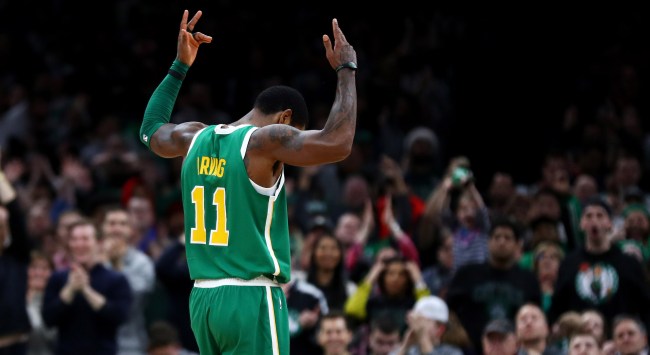 In what is becoming something of a trend with him, Kyrie Irving posted yet another odd, cryptic Instagram message amidst rumors that he is planning on moving on to another team next season.

This time his message came fast on the heels of a report that Irving has left his longtime agent Jeff Wechsler to sign with ROC Nation Sports and will opt out of his deal with the Celtics.

Celtics' Kyrie Irving is not opting into his $21.3 million deal for next season and will become a free agent eligible to sign a new contract with Boston or elsewhere, league sources tell @TheAthleticNBA @Stadium.

Naturally, Irving moving to ROC Nation, combined with all of the rumors being floated that he and Durant will be heading to the Brooklyn Nets, has fans in a bit of a tizzy.

Then just to top off all the wild speculation, Irving posted another strangely cryptic message, quoting Mother Teresa, on Instagram. Do please let me know if you have any idea what it means.

“People are often unreasonable, irrational, and self-centered. Forgive them anyway. If you are kind, people may accuse you of selfish, ulterior motives. Be kind anyway. If you are successful, you will win some unfaithful friends and some genuine enemies. Succeed anyway. If you are honest and sincere people may deceive you. Be honest and sincere anyway. What you spend years creating, others could destroy overnight. Create anyway. If you find serenity and happiness, some may be jealous. Be happy anyway. The good you do today, will often be forgotten. Do good anyway. Give the best you have, and it will never be enough. Give your best anyway. In the final analysis, it is between you and God. It was never between you and them anyway. -Mother Teresa”

Did you get all that? These people did. 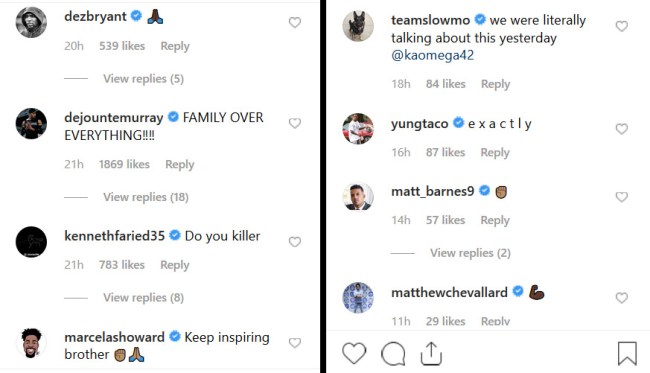 Are these people all members of the same new age alien cult or am I just missing something?