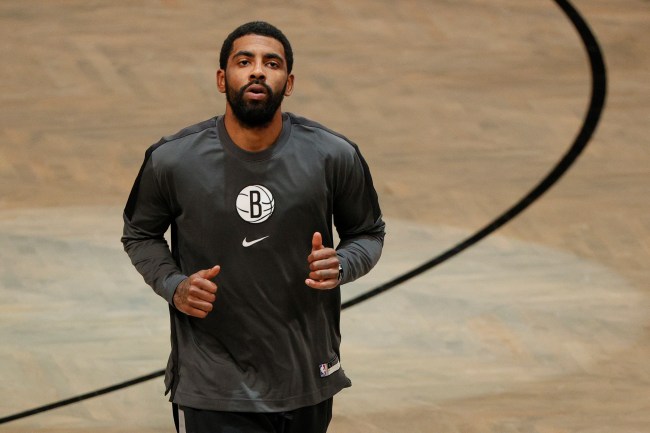 Last week, Irving mysteriously decided to sit out a game due to “personal reasons” and has yet to return to the team. It has since been reported by various NBA Insiders that Irving has decided to sit out games in protest following the US Capitol riot in Washington D.C. last Wednesday.

Source: Kyrie Irving sat out of tonight’s game because of what transpired on Wednesday in Washington DC.

One source close to Irving’s camp told The Association that Irving did not play because he is protesting against the riots at the U.S. Capitol on Wednesday, and the lack of repercussions for the police officers who shot and killed Breonna Taylor.

“Kyrie is very upset about everything that is going on in this country,” the source added.

According to Jason Dumas of Kron4News, Irving is currently off the grid and it’s unclear when he’s going to return to the team.

For those who have been asking…

I’ve been told that Kyrie is “off the grid.”

Not much to report. https://t.co/0l9PbLotpr

After Irving missed his third game in less than a week on Sunday, Kevin Durant showed support for his teammate.

Kevin Durant says the players have Kyrie Irving's back pic.twitter.com/Mu2U7kLHha

I wouldn’t speak for Kyrie, I’ll let him do that for himself. I’m sure you guys will see him soon after he comes back,”. ‘We support him 100% and pray for the best.”

As of now, it looks like Kyrie is going to miss his fourth straight game on Tuesday.

The Nets say Kyrie Irving is out again tomorrow.