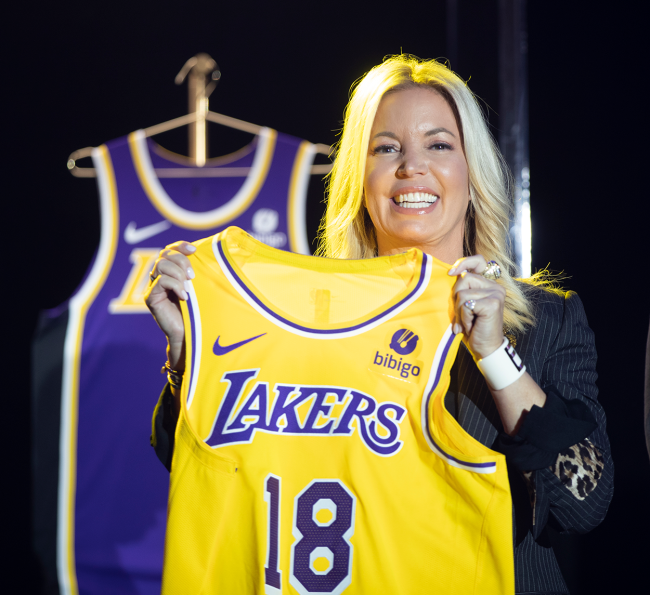 Have you received an influx emails similar to the one below over the last few months?

This will reset your password. You can then login and change it to something you’ll remember.

Well, you aren’t alone. It seems like there has been an increase in spam emails that are tied to hackers over the last few months and it feels like people are getting got more frequently than ever.

Los Angeles Lakers controlling owner and president Jeanie Buss was one of those people.

On Monday evening, the 60-year-old who is fairly active on Twitter, posted two bizarre tweets that advertised a trio of Playstation 5s for sale. The typo, grammatical error-ridden post said that she was selling three PS5s and that all of the proceeds would go directly to charity. Those who purchased one would also have a chance to go to a Lakers game.

Two hours later, she followed it up with another tweet that advertised only one PS5 remaining. Whoever bought it would get flown out to have lunch with the Lakers family, it said. 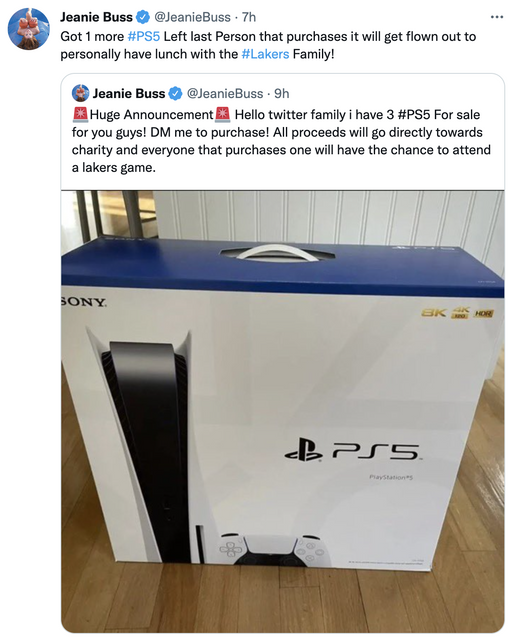 Obviously, the two tweets were not from Buss. She got hacked and both tweets were deleted on Tuesday morning.

And then another one appeared with the exact same copy as the first tweet, but only two PS5s were for sale this time. 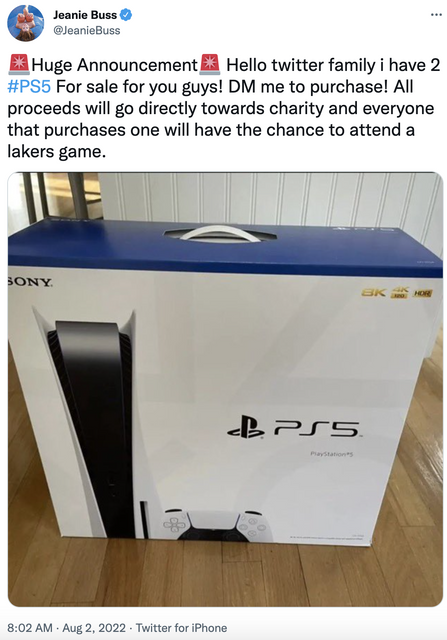 The trio of tweets, as is with anything, sparked quite the reaction and there was no lack of Lakers jokes.

Them Lakers pulling all the stops to keep Lebron 🤣🤣🤣😮 https://t.co/87yhv5Np4N pic.twitter.com/4ANxg87ix0

Jeanie Buss is my favourite NBA team owner! What an immaculate offer for a PS5! https://t.co/W6AmLmeeal pic.twitter.com/IudEkapHHd

That Lebron extension coming up got things tight huh? https://t.co/vXgOQaPyj0

Jeanie Buss can only get her hands on 3 PS5’s and you’re wondering why the Lakers can’t put together a winning roster?

I'm sorry, if you gained access to Jeanie Buss's Twitter account, you could easily trick James Dolan into sending you a couple mill instead of whatever this is. https://t.co/04RF1rZVa5

Wait. And people were making fun of Paul George for this? LOL https://t.co/NPExKr60Yg pic.twitter.com/ATVIAZfb6W