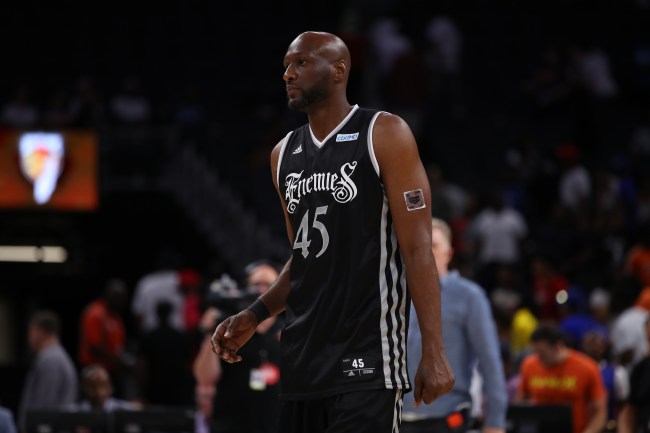 The BIG3 does not want to be the WWE of basketball, and these bombshell new announcements reveal that the third-year league aspires to be as competitive and professional as possible.

The league posted a Player and Staff Changes memo to Twitter on Wednesday, announcing the termination of some big names.

“Such changes are being implemented to maximize competition, protect the health of players, and raise the level of professionalism of the BIG3.”

Sources revealed to TMZ that the 39-year-old Lamar Odom “simply wasn’t ready to play,” reaffirming Odom’s concerns about not being ready to play competitively after a series of strokes and heart attacks following his 2015 overdose.

Ice Cube was asked about the deactivation of Odom and bluntly replied: “We want players that are actually playing.”

Odom said back in May that his short-term memory is shot and claims he “can’t dribble a basketball the way I used to.”

“I guess God gave me life so he had to take something so I guess he took away some of my natural ability, which came easy to me,” he said. “Ball handling and dribbling is still an issue but I have a month to work on that before the season starts.”

Odom had barely played for his Enemies team, posting just 2 points and 4 rebounds in three games.

Glen “Big Baby” Davis is somehow still hanging on despite looking extra morbidly obese and stripping down to his undies after being ejected from a game over the weekend. The BIG3 league says Davis will be “fined significantly for behavior detrimental to the league, but will be eligible for Power’s Saturday game as it has been determined a suspension is not required given the level of the fine.”

Well, that was quick. Lamar Odom already out of the Big 3. He only played in Week 1, admitting he felt lost during it. #big3 pic.twitter.com/PmqR03bO88