Lamar Odom Opens Up About His Near-Death Experience, Addiction And More In Brutally Honest Interview 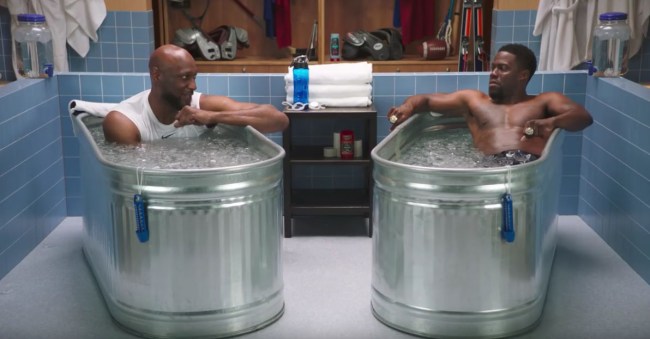 Two-time NBA Champion Lamar Odom has had a rough go of it in his post-basketball life. But over the last year or so, Odom has seemingly turned things around and has been very open in detailing the events that led to his near-death experience following his infamous visit to the Bunny Ranch brothel in October of 2015.

In 2018, Odom has launched his own line of marijuana products and in July announced that he was heading to China for a return to professional basketball.

This week, Odom sat down (in a freezing cold ice tub) with our favorite drunk Super Bowl victory party crasher Kevin Hart on the season two premiere of his sports-themed interview series, Cold As Balls.

Previously, we have seen Hart talk to such sports luminaries as Olympic gold medalist Gabby Douglas (who skewered him) as well as sports dad of the century LaVar Ball (who Hart skewered for his basketball “exploits”).

This episode, however, while full of many funny things, took a right turn into Odom’s dark past, with at one point in the interview Hart expressing this reaction to what Odom was telling him. 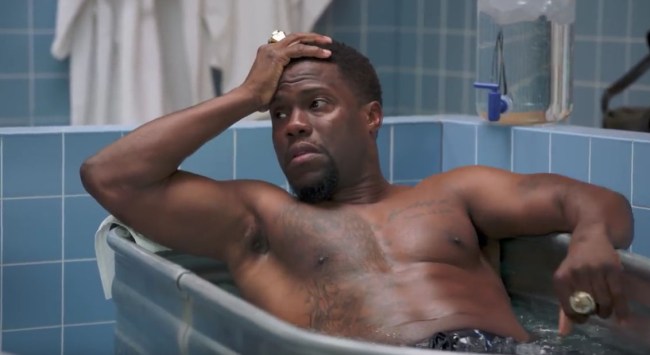 Some highlights of this episode include…

• Lamar giving Kevin a hard time about his ongoing beef with Dwyane Wade that started during the 2018 NBA playoffs. (2:48)

• Lamar showing off his two NBA Championship rings from his time with the Lakers and lets Kevin try them on for size; noting “there’s one for Ben (Simmons) and one for Joel (Embiid)” in reference to the two Philadelphia Sixers who have yet to win a title of their own in the league. (3:40)

• Then later in the episode, Lamar opens up about his struggle with anxiety, dealing with the media backlash during his difficult time, and what it meant to have his ex-wife Khloe Kardashian show up for him after he suffered a six heart attacks and a dozen strokes following his well-documented visit to the Bunny Ranch.