Lamar Odom Once Spent $120,000 On 100 Bottles Of Champagne At A Club Just To Flex On An NFL Player Who Was There 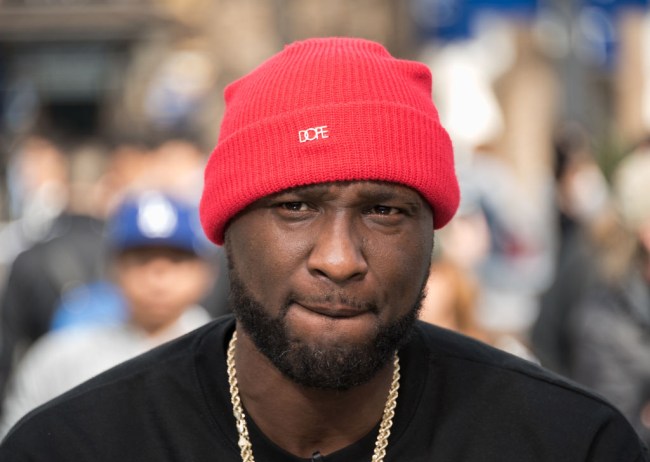 Thanks to the nature of professional sports, most athletes who play in the biggest leagues on the planet start off as young kids who suddenly find themselves swimming in absurd amounts of cash and who lack the foresight and self-awareness to realize they’re not as invincible as they think they are.

As the noted scholar Christopher Wallace famously observed, with more money comes more problems—including the ones documented in Broke, the 30 For 30 installment that explored the lives of the far too many players who didn’t prepare themselves for the inevitable day when they could no longer make millions of dollars a year thanks to the sport they’d been playing their entire lives.

Of course, not all ill-advised financial decisions are created equal, and while some guys can credit their downfall to hiring a sketchy money manager or buying shit they couldn’t afford, there’s one type of purchase in particular that has a tendency to backfire much more spectacularly than all of the rest.

Most drugs, at least in theory, are pretty fun. If they weren’t, people wouldn’t do them and pay money for the privilege of doing so. However, they can also be addicting as hell, and when you have a seemingly endless stream of money at your disposal, this can present a bit of a problem.

There aren’t many athletes who’ve experienced a more public fall from grace than Lamar Odom, the former Laker who suffered 12(!) strokes and six heart attacks after collapsing in a Nevada brothel in 2015.

While Odom claims he was simply at the brothel to feed his sex addiction (he’s accused the owner of trying to kill him), he’s been incredibly open about his issues with substance abuse and admitted he once had to use a prosthetic penis so he could pass a drug test at the 2004 Olympics.

Last year, Odom estimated he somehow spent $100 million on various uppers, downers, screamers, laughers, and other mind-altering consumables but it appears there’s one particular purchase he regrets making more than any other.

The former player recently sat down with Graham Bensinger for an interview on In Depth, and when asked to reveal the worst financial decision he’s ever made, he referenced a night at a club where he decided to stunt on a fellow pro athlete to the tune of $120,000.

“I was in a club in Miami with my late great friend, Rasual Butler. It was Rasual’s birthday. When we go out, we like to drink, and we drank Moet Rose. And then we see this football player right in front of us. He and his guy are drinking Ace of Spades. He said to me, ‘L.O., step your game up.’ So I told the waiter that I need a hundred bottles of Moet Rose.

I said I want them to bring ten now, and then give ten to these Puerto Rican kids. So now, I am going to assassinate the whole look that he got going on. I got the kids sitting right next to him, buying ten bottles of Moet Rose that I am about to drink with them. So that’s 20.

I had this whole, little dark VIP section, and that was like 70 bottles. When I got to the 80th bottle, I told them to hand this out in the crowd and then bring the last 20 right back here.

As someone who once spent an entire night in college buying Bud Light Platinums at a bar to try to impress a girl I was with even though I had, like, $57 in my bank account, I know exactly how Odom feels.