LaMelo Ball Signs With Puma, Reveals Why He Left Big Baller Brand (Other Than The Obvious) 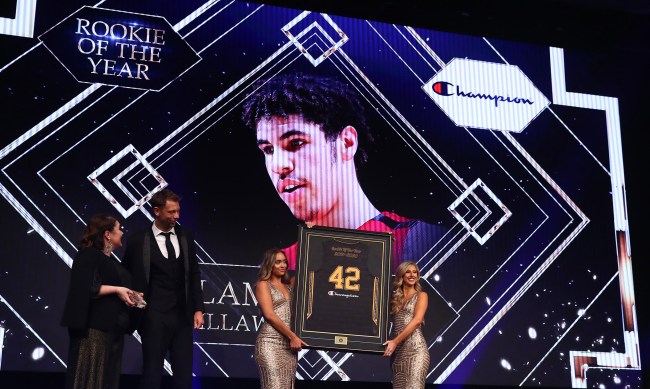 LaMelo Ball of the Illawarra Hawks, the 2020 National Basketball League Rookie of the Year, AKA the next Michael Jordan, announced on Wednesday that he has officially signed a sneaker contract with Puma.

“Puma’s been making waves since their comeback to basketball, not just on the court but for the culture,” the youngest of the three Ball brothers told Complex. “They’re doing big things and are the new wave of hoops.”

So why Puma and not Big Baller Brand?

“Puma was a good fit because they tie basketball, music, and fashion so well together and will allow me to really bring my creative vision to life,” says Ball. “I don’t want to give too much away, but big things are coming. It’s been fun working with the Puma Hoops design team and I’ll just leave it at that.”

LaMelo is coming off a NBL season where he averaged 17.0 points, 7.4 rebounds, and 6.8 assists per game, on 37.7 percent shooting from the field and 25 percent from three-point land.

LaMelo on signing with PUMA:
“I personally chose a different path to achieve my success because that defines who I am. I know some people think I am mysterious or ‘not from here,’ and I might have to agree. I am someone who likes to be different & consider myself to be 1 of 1.” pic.twitter.com/CSEBcdmSWg

Pour one out for Big Baller Brand.