Actively recruiting players on other teams is like hitting on a girl at a bar who’s holding hands with her boyfriend. Bold, yes, but don’t put it past the dude who trolled Ole Miss after Hugh Freeze made calls to an escort service on a school phone.

Florida Atlantic head coach Lane Kiffin’s confidence is peaking right now. After dropping three of his first four games, FAU is on a three game win streak–winning by an average of 29 points and accumulating 127 points their last two games.

Feeling high on himself, Lane Kiffin has decided to do a little social media recruiting with the biggest name in college football: 2016 Heisman Trophy winner Lamar Jackson. Through eight games this season, the Louisville sensation has amassed nearly 2,500 yards with 17 TDs, and 5 interceptions. God damn superstar. And Kiffin is trying to get him to pick Conference USA over the NFL Draft. 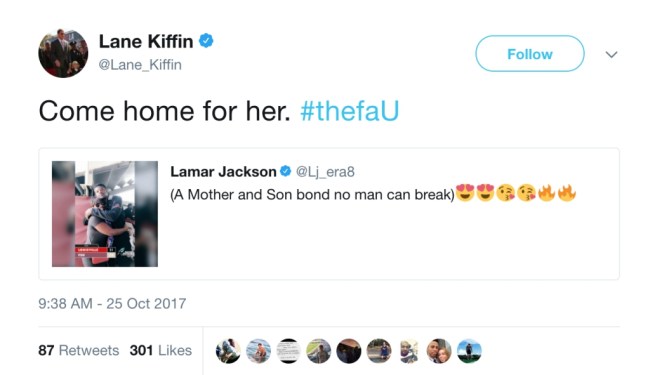 Stay in your lane, Kiffin.