26-Year-Old Catches The Largest Sixgill Shark Ever Landed In Europe, A Whopping 1,500-Pounds 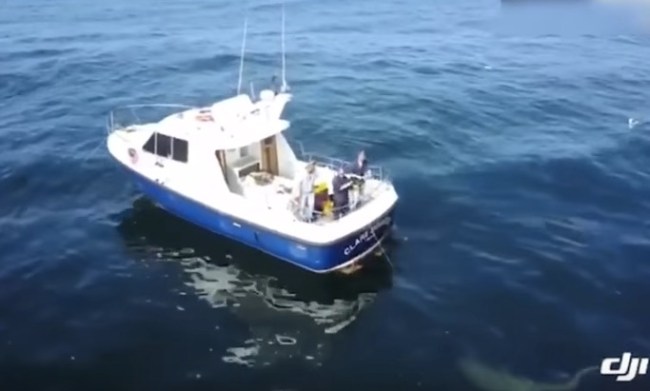 Imagine being able to lay claim to having caught the largest shark ever landed in Europe! That’s the current reality for 26-year-old Ben Bond, a builder from Great Britain. He recently caught a sixgill shark which measured an astounding 1,500-pounds. To put that in context, that’s approximately 5x the size of the largest shark I’ve ever caught.

The record shark measured roughly 25 feet long. Miraculously, it only took the 26-year-old about 90 minutes to land this 1,500-pound behemoth in his 40-foot long boat during a fishing trip in Ireland.

Ben Bond DID RELEASE this record shark. I know that fishing for prized species of sharks is very controversial these days both in and out of the fishing community. So I know that some of you conservationists out there will be pleased to know that this fish was released back to safety.

They did manage to capture some aerial footage of the shark using a drone, and they took quite a few photographs of the shark before releasing it back into the ocean (pics below):

You can see pictures of the shark here as well:

The shark was caught last Thursday after a 90-minute fight during a 3-day fishing trip to Carrigaholt, Ireland. During the trip, Ben’s friend also landed a behemoth 1,000-pound sixgill shark. This isn’t an official record because Ben released the shark instead of killing it and bringing it to the docks, but the pictures and measurements are there.

Something of note, there is only ONE confirmed attack by a sixgill shark on a human in the past 500 years. This is a shark which rarely, if ever, comes in contact with humans aside from when it’s unfortunate enough to get hooked by a fisherman.