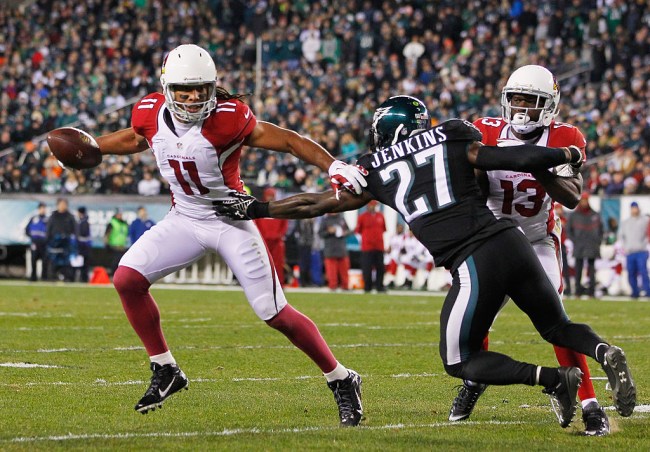 On Friday, Larry Fitzgerald spoke with CSNPhilly and dropped a bomb when he revealed that the Cardinals had once seriously considered trading him to the Eagles back in 2008 for a pair of trop draft picks.

Arizona Cardinals wide receiver Larry Fitzgerald told CSNPhilly.com on Friday that the Philadelphia Eagles offered the Cardinals a first- and a third-round draft choice for him in 2008.

The story doesn’t say what kept the trade from happening, and does not include a comment from anyone in the Eagles’ organization.

The same year Fitzgerald was supposed to be traded to the Eagles he dropped 152 yards and 3 TDs against Philly in the NFC championship game leading the Cardinals to their only Super Bowl appearance. It’s tough to picture Fitzgerald on any team other than the Cardinals but if Fitz was there during McNabb’s heyday maybe the Eagles could have won a Super Bowl much sooner than last year.