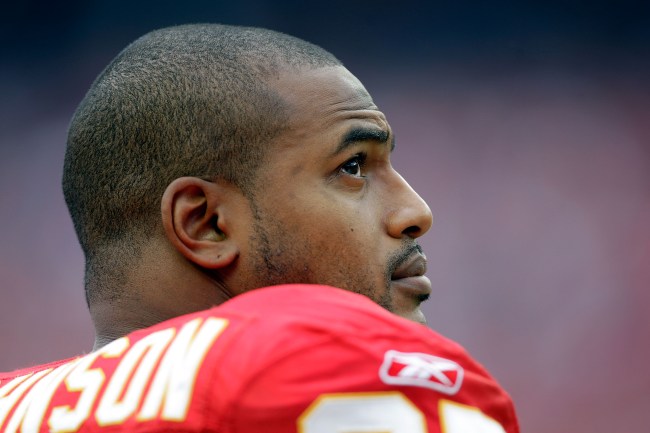 Larry Johnson is approaching “Jet Fuel Can’t Melt Steel Beams” levels of conspiratorial lunacy and has peddled more trash takes in the past year than almost anyone with a Twitter handle.

Aleister Crowley’s: Law of Reversal, upside down is the Sigil of Lucifer. pic.twitter.com/F1V8iD9I1B

The former Chiefs running back, who has been arrested at least six times since 2003, is back at it again with a suspicious theory linking the deaths of Chadwick Boseman and Kobe Bryant.

Lebron passes Kobe’s record on the 25th, Kobe dies on the 26th, gets a memorial during the Grammys night of the 26th…

…Jackie Robinson Day is moved from April to the 28th, hours before actor who portrays him dies, and (will) get a memorial during VMAS on the 30th.

I knew your woman abusing ass was going to have some bozo shit to say https://t.co/u6lLBH34N4

Oh no. There are actual human beings that are riding Johnson’s conspiracy train…

Was there ever ANY sort of reporting on his cancer? I'm not willing to go out and say it wasn't real, but it seems odd that he could go on with 10 hour days, filming movies over the last 4 years with nothing coming out. 🤔

Exactly. At the pinnacle of this BLM insanity… The actor who played black panther mysteriously dies, while absolutely nobody knew he had colon cancer. Surrrreeeeee.