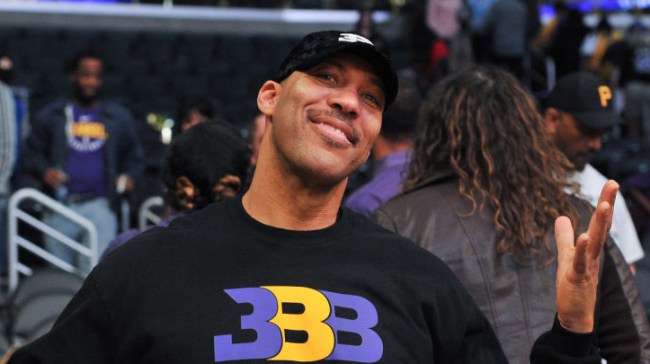 We haven’t heard a whole lot out of LaVar Ball since the NBA season started. That may have something to do with LeBron James now being on his son Lonzo’s team. (It does.)

But don’t confuse LaVar’s relative silence with him not having any opinions about his sons, the Lakers and LeBron James.

After all, this is the same man who once said his son Lonzo couldn’t learn anything from one of the greatest players in NBA history because he already taught him everything.

Now, 23 games into the season, LaVar is starting to loosen up a bit again with the media. The other day he expressed his displeasure with the college where two of his sons attended, UCLA, and now, as he was making his way through LAX he shared even more “insights” into his relationship with LeBron. Or the lack thereof, as it turns out.

Pretty sure LeBron would disagree with that last sentiment after he told LaVar to “keep my kids’ name out of your mouth.”

And speaking of LeBron, Jr., when asked if he could see the day where LeBron, Bronny, Lonzo, LiAngelo and LaMelo are all on the same team, he responded in typical LaVar fashion, saying, “Hey, they could. They could. LeBron’s son gotta bring his game though. Can’t just go on the name, gotta have some game.”

Oh, man… I would so watch a pay-per-view of LeBron and LeBron, Jr. taking on the three Ball sons in a winner-take-all pickup game.

Check out the full interview below, which also includes LaVar’s thoughts on how Luke Walton can keep his job as Lakers coach. (Hint: it involves his son Lonzo. Shocker.)