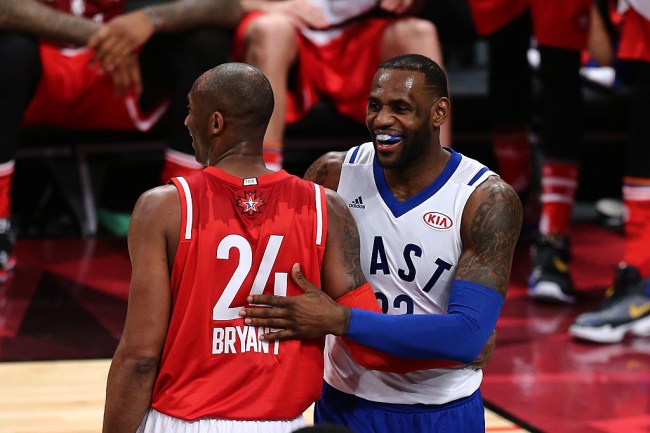 It’s been over a week since Kobe Bryant passed away in a helicopter crash along with eight other people—including his daughter Gianna, who was on her way with her dad to basketball practice at Mamba Academy before the chopper went down.

The countless people around the world who admired Bryant immediately began paying tribute to the fallen superstar, and while Kobe may have made a name for himself playing basketball, his competitive spirit and almost unparalleled determination impacted athletes in every sport who honored him in a wide variety of ways.

Kobe left an indelible mark on the NBA, and while he competed with a number of guys who are still in the league, he also served as a major role model to many younger players who grew up watching in awe as he did his thing on the court and had made it his mission in retirement to help develop a new generation of talent.

The academy he was flying to was an instrumental part of that plan but he also had a very personal stake in the development of Gianna—a.k.a. “La Mambacita”—who got the chance to be coached by one of the most talented people to ever step on the court as she pursued her dreams of eventually playing for UConn before taking her talents to the WNBA.

Last week, the Huskies honored her passing by reserving a spot for her on the bench during a game and Lakers guard Quinn Cook announced he’ll begin rocking the No. 2 jersey she wore during her tragically brief time playing the game.

Now, Gianna’s memory will also be honored at the NBA All-Star Game next weekend (whose format was recently retooled in part because of Kobe’s death). On Monday, LeBron James—who will be the captain of one of the teams opposite Giannis Antetokounmpo—revealed the league gave him the option to pick between sporting Gigi’s number or the No. 24 Kobe wore in the second half of his career and said he opted to go with the former because he has a daughter of his own.

The league came to LeBron James with the idea about the All-Star jerseys being No. 2 for Gigi and No. 24 for Kobe. LeBron chose to have his team wear No. 2, he says, because Gianna makes him think about his own daughter, Zhuri.

After the accident, Elle Duncan provided some incredible insight into just how much Kobe loved being a “girl dad,” and as the father of three kids himself (including a burgeoning star), I can only imagine LeBron had to be hit particularly hard by the tragedy considering the circumstances.

Kobe and Gianna might be gone but they certainly won’t be forgotten.