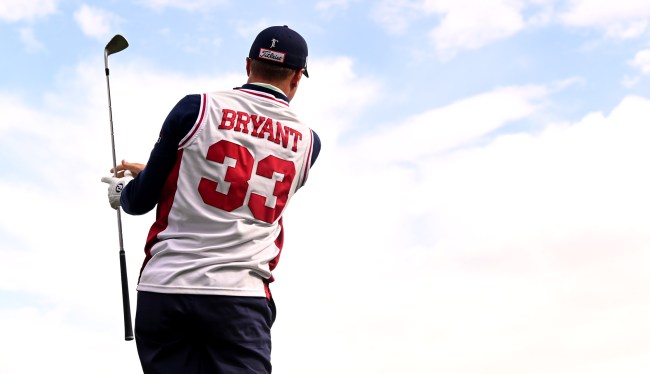 Justin Thomas, one of the favorites this week at the Waste Management Phoenix Open, will be using Kobe Bryant-themed wedges stamped with phrases honoring the NBA legend throughout the tournament.

Not only that, Thomas, who, along with numerous other professional athletes, expressed great sadness at the passing of The Mamba, also sported Kobe Bryant’s Lower Merion High School basketball jersey as he teed off on the 16th hole on Wednesday.

He also is rocking a purple and gold headcover with “RIP Gigi” and “RIP Kobe” written on it.

Following the news about the deaths of Kobe, his daughter, and seven others on board the helicopter, Thomas tweeted, “I have no words other than RIP to somebody I loved and wanted to be like when it was game time. 💛💜 #24 #8 #MambaMentality.”

He also tweeted this quote from Bryant on his jersey retirement night.

Thomas was such a fan of the Mamba that he once, in 2018, blurted out Kobe!” during a practice round at The Players Championship.