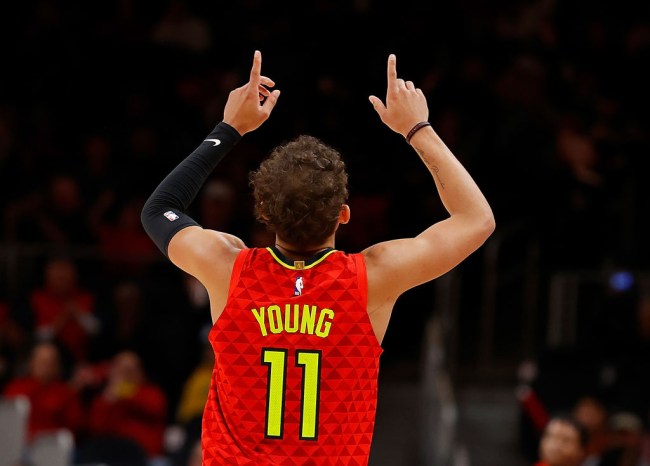 Yesterday was one of the toughest days the sports world has endured in quite some time as Kobe Bryant, his daughter Gianna and a reported seven others passed away in a helicopter crash in California on Sunday.

While it impacted every corner of the globe, millions upon millions of people and plenty of fans, it was an especially difficult day for Trae Young. Bryant was his favorite NBA player, just like many, but he was also Gianna’s favorite player in the league and the three of them had spent plenty of time together throughout this season.

Gianna, also known as GiGi, had seen Young and the Hawks play twice this season and Bryant even hired Young’s trainer, Alex Bazzell, to work with GiGi as well.

Prior to the Hawks game against the Wizards on Sunday, Young was seen hugging his mom and loved ones courtside, extremely emotional.

.@TheTraeYoung walked off the court and hugged his mom a very long time after he warmed up. You could see the emotion on his face. #TrueToAtlanta #NBA pic.twitter.com/e4F87EcTjq

Young took to the court wearing a No. 8 jersey honoring Kobe to begin the game. After Atlanta won the tip, he stood with the ball in the backcourt and took an eight-second violation, much like many other teams and players did to honor Bryant around the league on Sunday.

As for the game itself, Young put on a show.

The 21-year-old already had a double-double by halftime with 21 points and 10 assists and even hit a halfcourt buzzer-beater to close out the opening half. He wasn’t done there, though, he went on to finish the game with 45 points, 14 assists and six rebounds in Atlanta’s 152-133 win over Washington.

While that’s a rather normal stat line for Young, the way he put up those numbers actually had ties to Bryant. Young became the first player to record a 45-point double-double with under 25 field goal attempts against Washington since Kobe did it in December of 2006.

Can’t make this up…😢
He was with me tonight🙏🏽❤️ https://t.co/uvse4bMpuK

Trae’s right, you can’t make this stuff up.