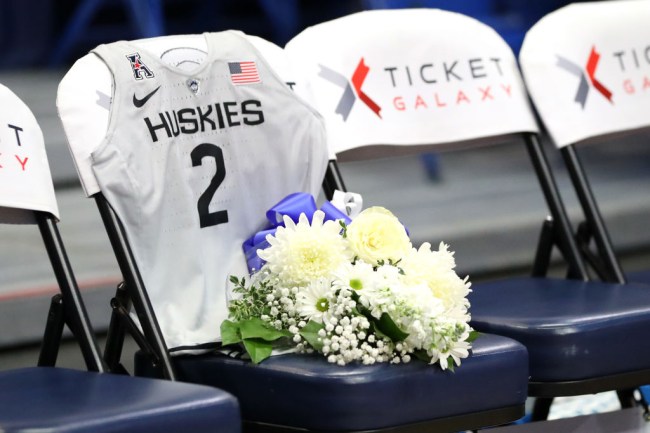 The world is still reeling from the shocking death of Kobe Bryant in a helicopter crash on Sunday that claimed the lives of all nine people on board—including his daughter Gianna, who was traveling to basketball practice at the Mamba Academy.

The 13-year-old was the second-oldest Bryant daughter and had dreams of following in her father’s footsteps and Kobe had made it his mission to do everything in his power to help her realize her potential. He served as the coach of her imposing team of middle schoolers—dubbed the “Little Mambas”—and was famously filmed talking shop with her on the sidelines during a Brooklyn Nets game a month before their passing.

Kobe Bryant on the sidelines breaking down the game with his daughter, Gianna that he coached. They both passed away this weekend in a helicopter crash traveling to one of her games.

Make sure your loved ones know how much you love them today. pic.twitter.com/jToKJOv8Ej

The girl who was more familiarly known as “Gigi” (and as “La Mambacita” to her dad) had made great strides in developing her game, and while she was still a few years away from taking the next step in her career, she had aspirations of playing for UConn before eventually taking her talents to the WNBA.

Following her passing, one of the most dominant programs college basketball has ever seen paid its respects to the duo, who had been spotted in the stands at multiple UConn games over the years.

Kobe and Gianna meant a lot to our program. Our thoughts are with the Bryant family.

Mamba Mentality will live on forever, but they are deeply missed. 💙 pic.twitter.com/4Ib96yFxgg

On Monday night, the Huskies took part in an exhibition game against Team USA in Hartford and honored Gigi by draping her jersey over a chair reserved for her on the bench in an incredibly moving gesture.

Mambacita is forever a Husky 💙 pic.twitter.com/3wdAbdK0Ye

Gianna might be gone too soon but she certainly won’t be forgotten.