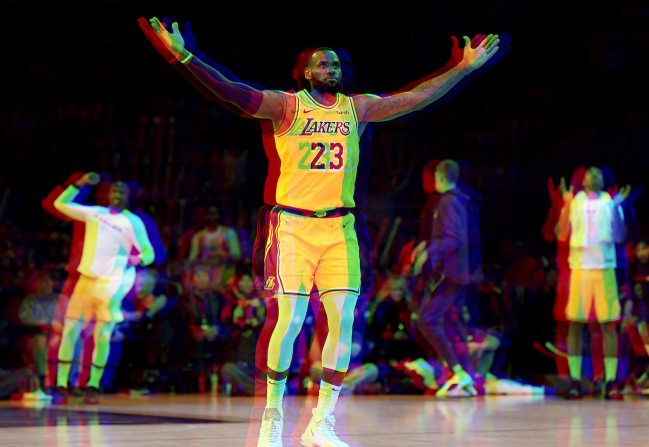 I’ve been working on the internet for a long time now. 2021 is my fifth year in the game. If I was an athlete, I’d be entering the prime of my career — not quite a rookie or a young gun, but not quite a veteran, either. Right in that sweet spot. Enough experience in the bag to have knowledge but still enough room to grow into something greater.

When you’ve worked on the world wide web for as long as I have, you learn dozens, if not hundreds, of truths along the way. Almost like North Stars, you can always rely on these pillars to be there, to guide you. For example, similar to cable news, sex and violence sell. Twitter is the place to find the best memes before they hit Instagram. The Dallas Cowboys shooting themselves in the foot is a tried-and-true fan favorite. People will always click on an article or watch a video about a dog doing something, whether it be something adorably unremarkable or almost otherworldly heroic: saving a kid from a well or whatever.

And of all those internet testaments, perhaps the most consistent of them all is that the internet will always argue about LeBron James. The man has millions of fans across the globe and yet the group of people who despise him is not only as large but just as loud. LeBron is the ultimate “you either love or you hate him” figure and the veracity of that divide has seemingly only increased as the years go by, especially as a new generation of fans and players takes over from the league.

With all that in mind, we’ve decided to make a home for you all: this article. Whether you idolize LeBron James or villainize him, root for him or against him, there’s content here for you:

LeBron's lateral speed snitching to the ref looked just fine to me.

LeBron trolling Spike Lee in a game he didn’t play in is peak LeBron pic.twitter.com/lVFAt6VW73

This nigga skip really called “LeBron”LeAnkle. I’m packing it up for tonight pic.twitter.com/eml2coD3sA

LeBron in the playoffs 🏀😂 pic.twitter.com/xZ2WyC31Zh

I KNEW IT: As I predicted last week, no way LeBron returns to face the Knicks, who play too hard and smart on defense. He'll wait for the Rockets (tomorrow night). Sounds like that's exactly what he's going to do. Shrewd move, King.

Skip Bayless: I’m trying to come up with a name for LeBron

How LeBron pulling up to the playoffs pic.twitter.com/cibfRQ8xAz

“LEBRON JAMES WITH NO REGARD FOR HUMAN LIFE!” 😱#OTD in 2008, @KingJames threw down this epic dunk. pic.twitter.com/iX6pjMrJZj

"LEBRON JAMES WITH NO REGARD FOR HUMAN LIFE." 🗣

13 years ago, LeBron threw it down on Kevin Garnett. pic.twitter.com/chnpC26Oiw

LeBron and Steph meeting in the Play-in games pic.twitter.com/4qnzaTU0zh

Im taking 2018 Lebron over any other basketball Player in NBA History. pic.twitter.com/bVwJ742s7n

Return of the King 👑 @KingJames pic.twitter.com/O4u2FUIeb7