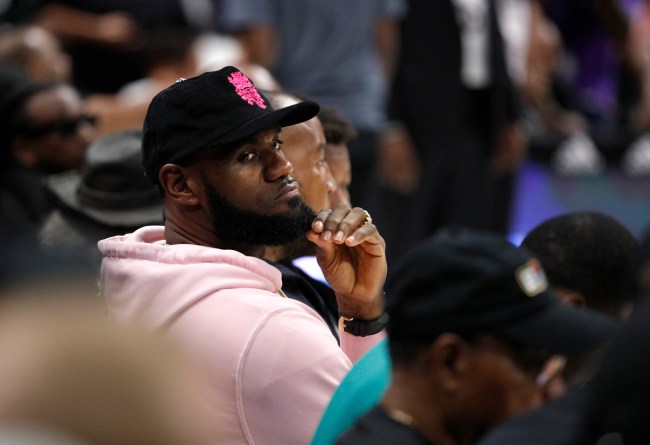 LeBron James took a major loss today when in request to trademark the phrase “Taco Tuesday” was rejected by the U.S. Patent & Trademark Office. James, who has engaged his social media fans on Instagram with his videos of him and his family and friends eating tacos on Tuesday, was rumored to be looking to brand the videos and continue to do what he does best: make money.

The news that the request was denied comes from Darren Rovell, who tweeted out the decision on LeBron James’ request, which followed the L.A. Lakers’ star’s decision to try and trademark the commonly used phrase just a few weeks ago.

JUST IN: LeBron James leaves no potential business opportunity on the table. Over time, he has sought to own “Taco Tuesday.” He has now filed to trademark the phrase for social media posts and a show of that name. First discovered by @JoshGerben pic.twitter.com/IXNduvilzR

Given the fact everyone likes to pile on LeBron James when something like this happens, social media had some pretty A+ reactions to the news that he took the L on the chin. Take a look at some of what people were saying on Twitter below.

Next on his list: Throwback Thursday aand Casual Friday

Really? You mean he didn't come up with Taco Tuesday…totally shocked

Another L when it matters most. At least he’s used to it

Unfortunately, for James, even though his “Taco Tuesday” request was reviewed, according to Josh Gerben, a small Mexican restaurant in Wyoming actually already owns the phrase, which is pretty hilarious when you consider every single taco joint uses it for marketing every Tuesday night.

Yes. Taco John's has owned a federal trademark registration on TACO TUESDAY for "restaurant services" since 1989.

The USPTO could refuse Lebron's application because of this pre-existing registration. pic.twitter.com/RtRdiD4oZy

Oh well, maybe LeBron James can change his Instagram schtick to “Taco Thursday” instead? Or how about “Soup Sunday?” Yeah, that might work…