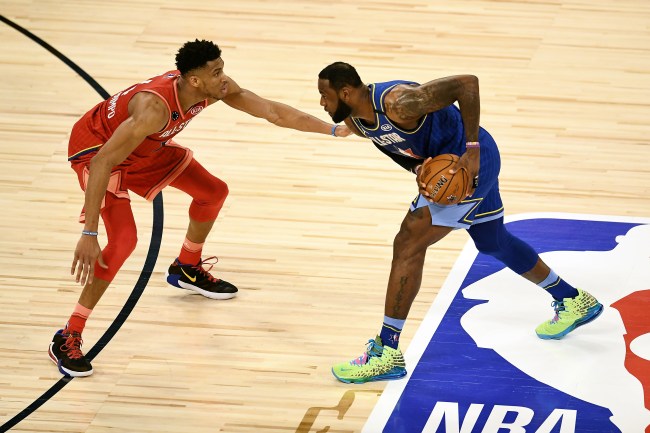 LeBron James is a basketball genius, which believe it or not pairs nicely with being the most gifted athletic specimen the league has ever seen.

Former Cavaliers GM David Griffin called LeBron a “savant” and compared him to a “computer on learning mode.”

There’s no play you’ll run against him he can’t name … I was also in the gym when I watched him on the floor against Toronto tell Patrick Patterson where he was supposed to go on the play they had called out of timeout late in the fourth quarter. He was like ‘no Pat, you’re supposed to stand over there and set a pin down for Demar [Derozan] over here.’

LeBron’s basketball IQ is unquestionably the reason why a man of his size has more career assists than Isiah Thomas, Gary Payton, and Bob Cousy.

NBA fans have marveled at LBJ’s photographic memory for years. Like in 2018 when he recalled in precise detail each of his six turnovers in Game 5 against the Celtics.

Most recently, James regurgitated the critical final moments of the All-Star game while Anthony Davis looks like the kid who didn’t contribute to the group presentation.

LeBron shows off his photographic memory from the final seconds of the All-Star Game 🔮 pic.twitter.com/tsZHMiPCW1

His mind shouldn’t care to break down the waning moments of a meaningless game where each team scores a billion points. Anthony Davis probably forgot he played in the game.

Are we impressed by this or is my memory just shot from a decade smoking weed?

LeBron was asked "what happened?" during a late Celtics run.