The inaugural LIV Golf event began on Thursday just outside of London at Centurion Golf Club. Prior to the first tee shot being struck on the Saudi-backed league, LIV Golf shared a promo video to build hype around the event. While the video had a few different head-scratching clips – including volcanos and rockets – it also featured two very recognizable PGA Tour players.

At the 1:25 mark of the video below, you’ll see the very well-known PGA Tour players.

Yes, that is Matthew Wolff and Bubba Watson showing up in the LIV Golf promo video. 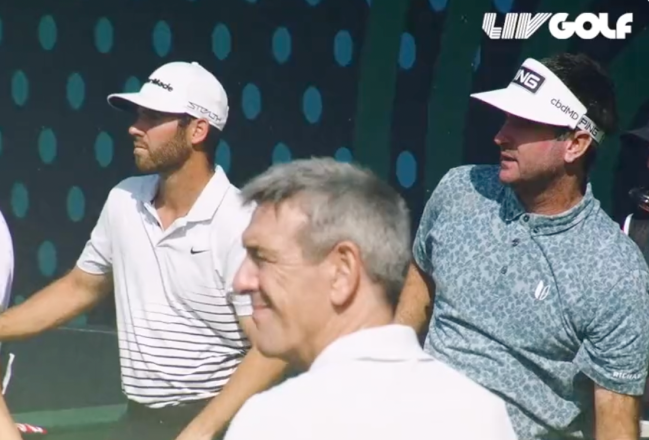 Both Watson and Wolff played in the Saudi International earlier this year and the footage appears to be taken from that event, but it’s an interesting move to include them in the promo.

Watson was previously rumored to be interested in possibly joining LIV Golf a couple of months ago. The 23-year-old Wolff burst onto the scene shortly after turning pro in 2019 but has since cooled off in a major way falling to 75th in the world.

Shortly after the first ball was in the air at the inaugural LIV event, the PGA Tour shared a memo to all of its players.

As expected, the Tour suspended both current, and future, LIV golfers.