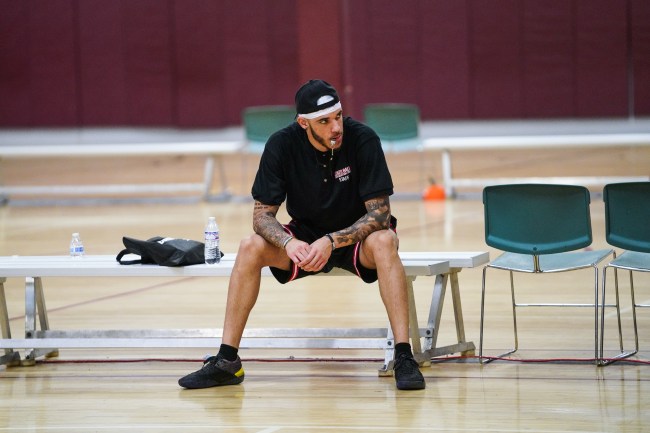 Imagine telling your son, who was selected second overall in the NBA Draft and makes more money than you ever did, that he’s “damaged goods” in front of thousands of people.

Lonzo then exacted his revenge by effectively abandoning the brand after Alan Foster, one of the company’s co-founders,  allegedly ripped off the Big Baller Brand to the tune of around $1.5 million. Lonzo, LiAngelo, and LaMelo all scrubbed their social media accounts of any mention of Big Baller Brand, and Lonzo even revealed that his $495 Big Baller Brand Signature ZO2 shoes kept exploding on him during games.

On The Woj Pod with ESPN’s Adrian Wojnarowski, the newly-minted Pelicans point guard opened up the “damaged goods” comment that lit up the internet and LaVar saying that without his work on the brand, Lonzo would be just another “regular old player.”

“That’s part of life. I’m growing up. He has his ways, I have mine. We just got into it. That’s what fathers and sons do as time goes on. At the end of the day, it’s always love at the end. I know he loves me, I love him. We’re just not always going to agree on everything. That’s all it was.”

Ball, who made a move to separate himself from his father’s tyranny by signing with Creative Artists Agency, seemed relieved about taking control of his own career.

“What makes it easier is I’m controlling everything now,” he said. “You really can’t tell me what to do. It’s my life, my career. I’m making all the decisions now. I chose to go to CAA. I think me becoming my own man is going to make it easier, honestly.”

As news swindled that Lonzo’s 18-year-old younger brother, LaMelo, could go #1 in the upcoming Draft after an impressive debut in Australia’s NBL’s Next Stars program, Lonzo has made it a point to advise his younger brother to consider all options.

“But I tell him all the time, this is going to be your decision. Go talk to Adidas. Go talk to Nike. Go talk to Puma. Go talk to everybody. Take every meeting. Whoever wants you the most, go with them. I told him, make sure you take control of your career now. Don’t wait like I did. Hopefully that helps him. He seems like he’s taking it all in. I’m excited for him.”

It’s only a matter of time before LaVar shows up to Lonzo’s games rocking the opposing team’s jersey.