L.A. City Council Unanimously Votes To Urge The MLB To Strip Astros And Red Sox Of World Series Titles And Give Them To The Dodgers 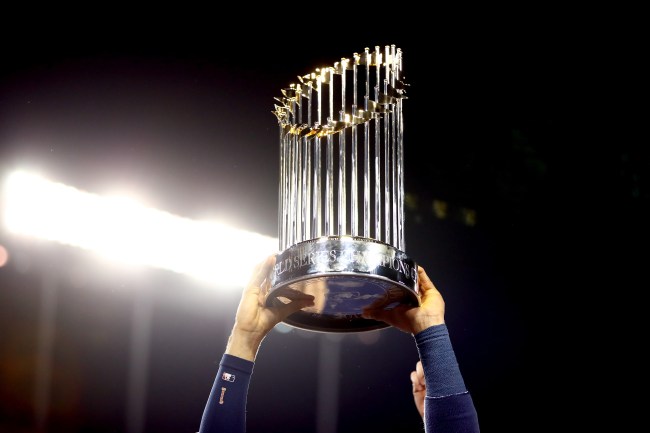 The fallout from the Houston Astros cheating scandal hasn’t slowed down one bit. After an investigation by Major League Baseball into sophisticated cheating allegations that the Astros were using a hidden camera in an outfield trash can they concluded the Astros had, in fact, been cheating their asses off.

Following the investigation, Houston Astros general manager Jeff Luhnow and manager AJ Hinch were each suspended for a full year by MLB and the Astros’ owner Jim Crane was quick to fire the pair shortly thereafter. The Astros were also fined $5 million by Major League Baseball and lose their 1st + 2nd Round MLB Draft picks for the next two years.

About a week ago, I shared the news here on BroBible that the Los Angeles City Council would be voting to urge Major League Baseball to strip the Houston Astros and Boston Red Sox of their World Series titles and award those trophies to the Los Angeles Dodgers. It was the Dodgers who lost to the Astros and Red Sox each time in the World Series and now that there is proof of cheating the diehard fans of Dodgers Nation want retribution.

Well, the Los Angeles City Council was UNANIMOUS in their vote on the resolution. Even Derek Jeter’s Hall of Fame election wasn’t unanimous!

Here are some details about the vote via ESPN:

The resolution, originally presented by council members Gil Cedillo and Paul Koretz on Wednesday, notes the sign-stealing allegations brought against the 2017 Astros and 2018 Red Sox and asks MLB commissioner Rob Manfred to “recall the World Series Commissioner’s Trophies and award them to the Los Angeles Dodgers.”

Manfred wrote a nine-page statement on Jan. 13 that detailed the Astros’ illegal use of technology to steal opponents’ signs throughout the 2017 regular season and postseason and doled out penalties that included season-long suspensions for general manager Jeff Luhnow and manager A.J. Hinch, the forfeiture of four draft picks within the first two rounds and a $5 million fine. (via)

This is some straight-up UCF shit right here. I get that Dodgers Nation feels wronged. They were cheated and there’s evidence of that now. But to request a trophy when they lost the games? That feels wrong. Would the players even want that?? Would they hold parades two years later? Do the Astros and Red Sox organizations melt their championship rings and act like nothing ever happened? I just don’t like this idea at all.

MLB did stop short of stripping the Dodgers of their titles and the LA Times article touches on that briefly:

But the league declined to strip the Astros of their title, in part because they recognized the folly in asking fans to wipe out their memories of games that were played. Also, the league avoided the risk in giving the title to the Dodgers and later finding out they might have done something similar.

“You’re right. We don’t know,” Cedillo said. “But what do we know? You make your decisions on what you do know. We know that the Astros cheated, and they were advantaged by it.” (via)

I know if I was a diehard fan and my team lost to a team that was later proven to be cheating I would 100% want that team to be stripped of their title but I wouldn’t want it awarded to my team. Just void that year’s championship and move on.

If you want to catch up on the latest developments in this vote you can click here to read the ESPN article in full.