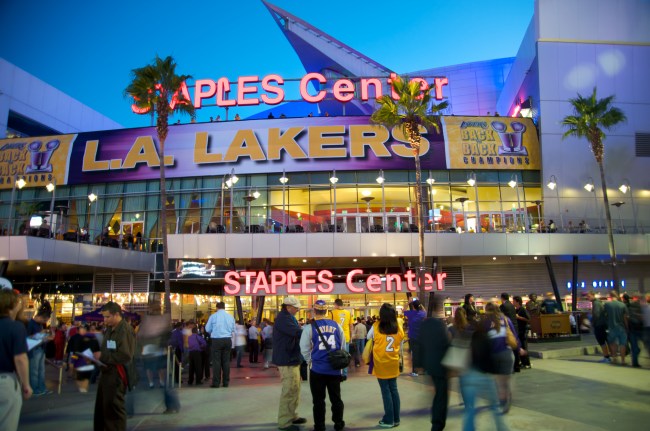 The Los Angeles Lakers continue to be the talk of the NBA even though they’re clearly the most dysfunctional team in the league. It’s actually impressive AF that the iconic franchise grabs attention from the main event happening right now, the NBA Finals, with the media focusing more on what’s happening in LaLa Land than anything else. Guess that’s just the power the Purple & Gold really has.

While rumors have been floating around for months about which All-Star may just end up on the Los Angeles Lakers this summer, the biggest fish seems to be Anthony Davis, the New Orleans Pelicans superstar who has been linked to the Lakers since the beginning of the year. We all know what happened leading up to the NBA Trade Deadline — where the Lakers reportedly got played and whiffed on trading for Davis — but the damage had been done at that point, as the entire thing was so public that it F’ed up the trust and psyche of most young players on the Lakers.

One of the guys who seemed to be impacted by all the Davis trade rumors was Josh Hart, who spoke about the situation during an appearance on the “Inside the Green Room” podcast. Here’s what Hart had to say about the confusion that was going on in and around the Los Angeles Lakers’ locker room when the AD rumors were swirling, seemingly, every single hour.

“It was just so bad because it was so public. I think that was the biggest thing … Everything that was going on leaked out. Obviously, I don’t know: It could have been true, it could have not been true.”

Like other Lakers players pointed out once the trade deadline passed without a major overhaul, the entire drama around the rumors really got to them, with some opposing fans even chanting things like “LeBron will trade you” to guys to try and get into their heads. It really was a real-life soap opera.

One thing that Josh Hart also mentioned (or noticed), was that, while all this was going on, there seemed to be two Los Angeles Lakers players who seemed “untouchable,” LeBron James and Kentavious Caldwell-Pope. That might not mean much to the casual fan, but anyone who knows anything knows this — both James and Caldwell-Pope are represented by Klutch Sports, which is the agency that also happens to rep Anthony Davis. Coincidence? Probably not, and Josh Hart found that connection a little odd during the trade rumors.

“You’re going through it and you’re like ‘Alright, man.’ You had no idea. Like, really, it seemed like nobody was untouchable honestly, besides LeBron and KCP. That was the only untouchable pieces. Fortunately for me, my name wasn’t really thrown in there until the last day when basically everyone on the roster was allegedly getting traded. It was just a weird situation because you had no idea.”

While that situation is over now, once the NBA Finals ends, the rumors about the Los Angeles Lakers landing a haul of new players, which could possibly include Anthony Davis, will rev up again. With Klutch Sports’ Rich Paul reportedly trying to manipulate the Lakers’ franchise in wild ways, it’ll be interesting to see if he can get his clients on the same team together or not, as the Pelicans have already stated that they don’t really want to do business with the Lakers at all. Clearly, the drama isn’t going away, so it’ll be interesting to see how the young players react this time around.