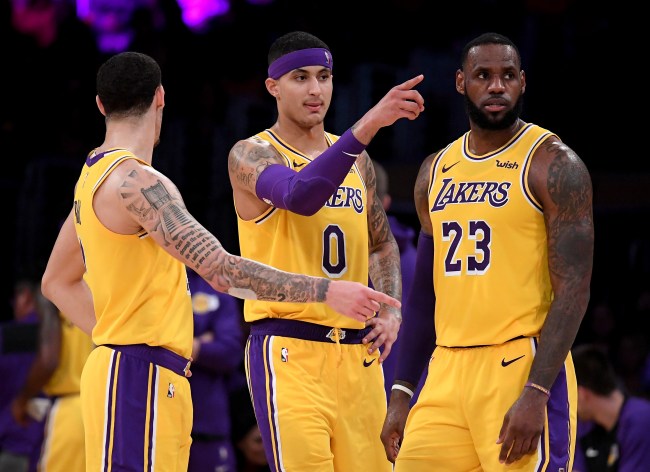 The Los Angeles Lakers would rather forget about the 2018-19 NBA season. That’s because, after landing the most prized free agent last offseason, LeBron James — who was then in the midst of an eight-year NBA Finals streak — the team still finds itself missing out on the NBA Playoffs and back in the NBA Draft Lottery. Due to injuries, drama, dysfunction, poor play and a bunch of other factors, the Los Angeles Lakers are actually worse this season than they were last season without James; who could have ever seen that coming?

While there’s been a lot written about the Los Angeles Lakers this season — which has mostly been negative — the one dark cloud that really hampered the season was the Anthony Davis trade situation, which dragged on for weeks, had lots of fallout from and, eventually, totally messed up the team’s psyche. During the back-and-forth between the Lakers and New Orleans Pelicans, Los Angeles was, reportedly, prepared to give anybody under the sun not named LeBron James away in order to acquire the All-Star big man. Naturally, when that news leaked to the young Lakers players, it messed them up, and, according to a new piece in The Athletic, actually led some guys to stop trusting James.

The Lakers’ reported trade talks loomed over the team roster. Virtually every member of the young core had been linked to a trade for Davis, as had veterans Rondo and Beasley.

A schism developed in the locker room. Sources around the team said it was apparent that the young players no longer trusted James, believing he was operating behind the scenes to get them traded to New Orleans.

Considering James’ agent and good friend, Rich Paul, was the man trying to scheme the Anthony Davis trade to the Los Angeles Lakers, it makes a lot of sense as to why The Athletic report could very well be true. After all, James has always sort of dictated which players he wants to play with — whether through free-agency or passive aggressively getting management to deal for guys — so the relationship between James, Paul and Davis was not coincidence on some Lakers players.

What’s even more interesting about The Athletic piece is that the Los Angeles Lakers even did some serious intel about Anthony Davis’ thoughts on Lakers head coach Luke Walton, who has been criticized most of the season and who’s job may be in jeopardy. The piece claims that, “the Lakers received backchannel information that Davis liked Walton and that relieved pressure on the third-year head coach.” Man, talk about corrupt negotiating at its finest, right?

Of course, this all comes on the heels of a recent report that suggested the Los Angeles Lakers completely messed up any shot at acquiring Davis because of how they handled things a few months ago, with teams no longer wanting to do business with them because of the strange relationship Paul has with James and Davis. And then there’s the whole report that the Pelicans were never even serious about trading Davis to the Lakers, but, instead, were just using him to mess up the Lakers’ chemistry and psyche — which may, in fact, have worked perfectly.

The Los Angeles Lakers are an absolute mess as they head into one of the most important offseasons for the franchise, and whether that means trading for Anthony Davis or acquiring another star via free-agency, they better hope they knock it out of the park and rebound from the dysfunction and distractions that occurred all of this season.