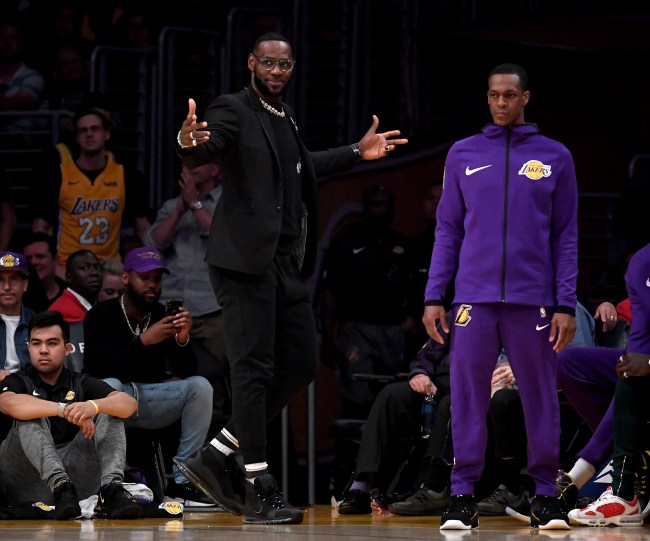 The Los Angeles Lakers are coming off a pathetic first season after signing LeBron James last summer — which couldn’t have ended more appropriately than seeing Magic Johnson resign as the club’s President of Basketball Operations — and there are tons of changes set to happen. Between replacing Johnson to finding a new head coach after letting go Luke Walton, the Lakers have one of the biggest offseason’s in their rich history coming up, so it’ll be interesting to see how they maneuver through it all.

With the Los Angeles Lakers be able to land another superstar alongside James? If they can team someone up with the four-time league MVP, will it be through free-agency or trade? Who will the team hire to replace Magic Johnson? Will they keep Rob Pelinka as the team’s general manager? Are they going for a head coach with championship pedigree? So many questions to answer, and those are only some of the simple ones.

While there’s a lot at stake in the coming months for the Los Angeles Lakers, one thing’s for sure: there are lots of players and agents keep a close eye on the decisions they make. Why? Because, according to Zach Lowe on his podcast today, “The Woj and Lowe Show”, there are some in the league who don’t want the Lakers to hire a single soul with any ties to LeBron James. Yep, that’s how dysfunctional the organization has become to some people.

“Who they hire in the front office is going to be absolutely crucial to replace Magic, because there are two orbits here: There’s a Lakers orbit … and then, the more interesting one is, there’s a LeBron orbit. And I’ve had some powerful people in the league, including a powerful agent who represents lots of key players, tell me, ‘We don’t want the person to be from either of those orbits. We don’t want the new GM, or president, or whatever, even to have some sort of connection to LeBron. We need it to be a fresh start. My players don’t want to have the impression that LeBron is running the team.’”

That entire report is interesting, but it’s even crazier when you get to the last part about players wanting to know that LeBron James isn’t running the Los Angeles Lakers. In the past, James has pretty much called the shots with his team’s moves, jokingly getting the title of being the de facto general manager, coach and superstar for the amount of influence he’s had before. So this isn’t exactly shocking news that players and agents are starting to take notice now — especially as James ages and, potentially, could need a younger star to help carry more of the load.

There are some rumors that the Los Angeles Lakers are considering Tyronn Lue for the head coaching gig — a former Lakers player who coached James with the Cleveland Cavaliers, going to three-straight NBA Finals’ together and winning a championship in 2016. And, lest we forget, it was James’ good friend and agent, Rich Paul, who helped derail the Lakers’ season by going public with Anthony Davis’ trade demands a few months ago, pretty much saying the All-Star big man only wanted to play for the Los Angeles Lakers.

As mentioned above, the coming months are gigantic for the Lakers, with their short- and long-term futures at stake with their moves. With LeBron James currently 34 years old — and not getting any younger — the team doesn’t have the luxury of another missed year or two.