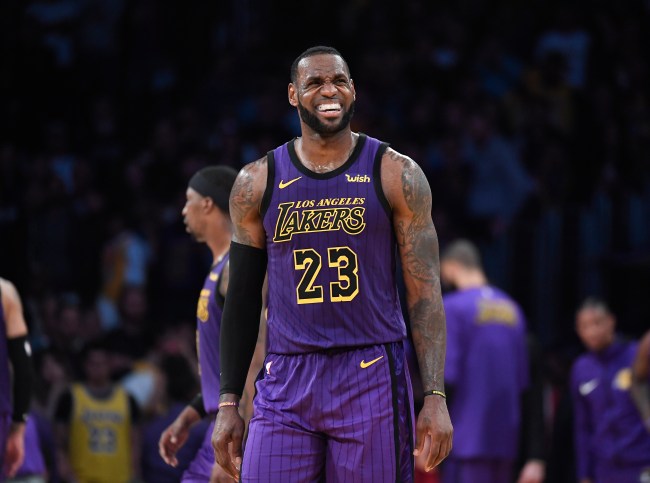 The Los Angeles Lakers are an absolute mess. Forget that they’re, arguably, the most iconic franchise in NBA history for a bit and let’s just focus on these things for a second: They don’t have a head coach. They abruptly lost their President of Basketball Operations. The team’s general manager is, reportedly, despised by some around the league. They have one of the best basketball players of all-time and they don’t know how to build around him.

To say that things in LaLa Land are dysfunctional would be an understatement, don’t you think? And that last part — about having one of the best ballers ever, LeBron James — is what should really be the focus of the Los Angeles Lakers this offseason; which might be the most important summer in the team’s history.

James isn’t happy with what’s been going on with the Los Angeles Lakers. From the drama all season long to what happened with Magic Johnson leaving without anyone knowing, the four-time league MVP seems a bit frustrated that he came to such a sh*tshow of a situation last summer. And, because of all that’s happened with the Lakers in the past month alone, ESPN’s Dave McMenamin suggested that LeBron James’ trust with the franchise could be damaged. Here’s what the reporter had to say to ESPN Radio 710.

“I think the trust that LeBron James has in the organization has been damaged. Right now, it’s a tough bridge that has fallen that’s going to need to be put back together. Whoever’s involved there’s going to have to be an initial thing proven w/ the coach and free agency.”

Thats a strong suggestion from McMenamin, but it’s probably 100 percent true. Sure, James played under Dan Gilbert in Cleveland — who was as bipolar as possible with his decision-making at times — but at least Gilbert proved to spend money and do anything it took to put players around James he could succeed with. Say what you want, but the Cavs did go to four-straight NBA Finals’ after LeBron returned in 2014, winning the 2016 title, so the track record speaks for itself.

When it comes to the Los Angeles Lakers and James, the player has yet to believe that the franchise is willing to do the same thing. Sure, there were rumors about the team trading for Anthony Davis this season and are in the mix for some top free agents this summer, but until there’s some optimism with the Purple and Gold, it would appear that Dave McMenamin’s report might be spot on and that trust needs to be rebuilt.

With Magic Johnson gone and the lack of leadership obvious right now with the Los Angeles Lakers, who knows how all this will end up? LeBron James better hope the team gets lucky and ends up with another superstar somehow this offseason, otherwise he may actually wonder if leaving Cleveland was the best basketball decision for him.