Lou Williams Becomes 5th Clipper Now Missing From The NBA Bubble, So This Is Working Out Well 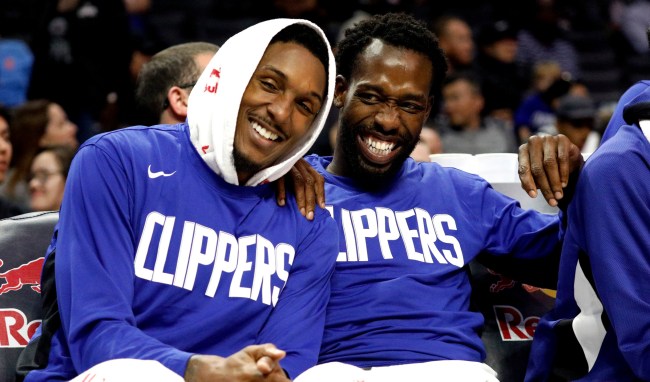 The NBA is set to resume play on Thursday, July 30th. The Los Angeles Clippers, who will be playing the Lakers six days from now, are now currently missing five players after Lou Williams left the team on Thursday for “personal reasons.”

This is obviously a problem when, as has been reported, upon these players return to the NBA bubble, each will be required to quarantine in his hotel room for four days and test negative each day for the coronavirus.

So unless all five of these missing Clippers, which also include Montrezl Harrell, Patrick Beverley, Landry Shamet, and Ivica Zubac, make it to Orlando sometime over the next two days, Los Angeles is going to be short a few players come next Thursday.

“I think what the league has learned that teams have already known that it’s more than basketball that comes up,” Clippers head coach Doc Rivers told the media after practice on Friday.

“Guys have life going on and whether it be a family problem, a kid problem, a wife problem, or anything, there’s issues that come in these guys lives. We give guys days off all the time because of it but no one really notices it.

“Now when we’re in a bubble and you leave, it really targets it. So I think in the good way of this, the public actually sees that the NBA players are human, and they do have regular life issues going on.

The Clippers, who have already used 29 different starting lineups this season, the most in the league, may have to deal with more of the same once play resumes.

“I do think it always hurts your team when you don’t have all your guys,” said Rivers. “Today we have a practice and a lot of our guys aren’t here. That’s never healthy for your team, especially a team that really hasn’t been together.

“We’re a new team. We had Kawhi and PG miss training camp. PG missed the first 16 games, Kawhi missed games, and Lou… This year so far, we really have not caught a great break as far as being able to work together, but I’ve gotta say, this team so far they keep impressing me as well with their ability to figure out a way of playing together even though we don’t have a lot of minutes on the floor playing together.”

It really is pretty amazing that the Clippers are sitting at second in the West with a 44-20 record, and won their first scrimmage in the bubble 99-90 versus Orlando, considering how much turnover they have had, and may continue to have, with their starting lineup this season.