Now That Loyola-Chicago Is In The Final Four, It’s Time We Learn What The Hell A ‘Rambler’ Is 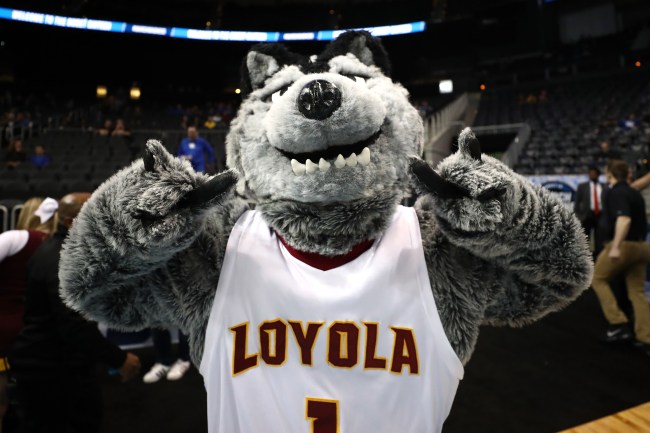 I think I speak for the entire nation when I say that we believed Loyola Chicago would be bounced from the tournament before we had to learn the origin of their sobriquet–the “Ramblers.” But after holding Miami, Tennessee, Nevada and Kansas State each to under 70 points over their four wins, tying the record for the lowest seed to ever reach the Final Four, and school chaplain Sister Jean becoming a star at 98 years young, their moniker deserves some diving into.

So, what in Sister Jean’s green earth is a Rambler?

According to the school’s website, the origins of the mascot go all the way back to the 1920s when football was the big swinging dick sport on campus. Prior to the 20’s, the athletic teams were just referred to by the colors of the school–“Maroon and Gold.” Super creative. In 1925, the football coach teamed up with the student newspaper to conduct a contest to name the football team. The winning entry: “Grandees,” a reference to the Spanish origins of St. Ignatius of Loyola. It’s easy to see why this never caught on.

The following year, a more formal process gave the teams their nickname–The Ramblers–after the football team traveled all over the United States for their games.

The football team was dropped as a varsity sport four years later.

In 1982, the school introduced a new mascot dubbed “Bo Rambler,” short for “Hobo.” The athletic press packet for the season even “portrayed a bum rambling across the LU logo.” In 1990, the school stopped using Bo, for obvious reasons. The university introduced the current mascot, LU Wolf.

So, if this is a question on today’s HQ Trivia, you owe me money, bruh. I got Venmo.