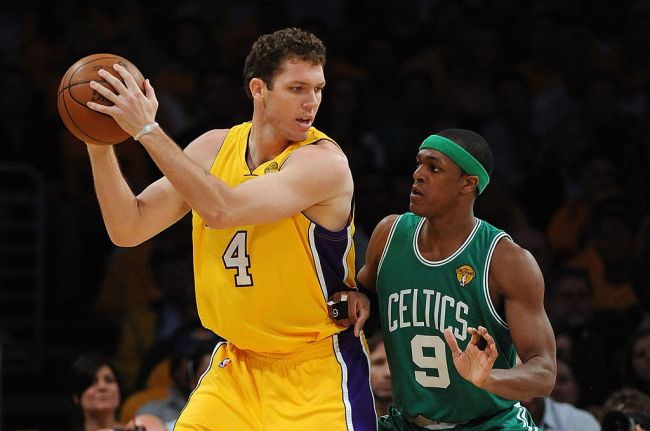 There are very few individuals in any sport who have ever taken winning as seriously as Kobe Bryant. His dedication to the game of basketball is legendary and he expected that same level of dedication from his teammates.

Luke Walton learned that the hard way. According to Walton, he once showed up to practice smelling like alcohol during his rookie season and suffered for that error in judgement.

He told Bleacher Report’s “Open Run” podcast that Kobe forced Walton to guard him for that entire practice and told the rest of the team not to give him any defensive help.

“I remember one time my rookie year, I came in a little, uh…(Kobe) and Shaq like to do this as, I think it was just rookies, but any young guy — I probably had too much to drink the night before, so I came in, I was a rookie, I felt good, and they could smell some alcohol on me,” Walton said. “And Kobe informed the rest of the team that no one was allowed to help me on defense, and that I had to guard him the entire practice.

“I was laughing at first like, ‘Oh, this is funny,’ but in Kobe’s mind, in his eyes, it was like, ‘No, I see and smell weakness. I’m going to destroy you today.’ He taught me that lesson. He probably scored 70-something in practice that day, and I was begging for help, none of the teammates would help. But, yeah, his killer instinct and his work ethic, they’ll stick with me forever.”

The miserable reality of having to guard Kobe without any help defenders was surely enough to make sure that Luke Walton never gave Kobe a reason to question his commitment at practice ever again.