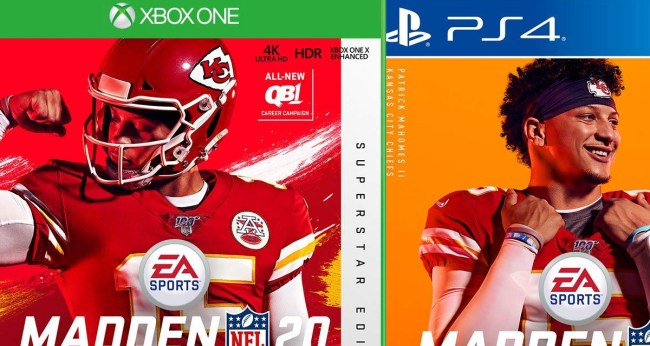 Patrick Mahomes suffered what looked like and now sounds like a rather serious knee injury during the second quarter of the Chiefs’ 30-6 win against the Broncos in Denver on Thursday night.

At the moment it’s uncertain as to just how long he will be out of action, but we do know it will be a minimum of three weeks.

While some people will say that the injury came because he was already playing injured, or maybe they’ll point to the fact that the Chiefs also played this past Sunday and a three-day break between games makes no sense, but a lot of folks were quick to point to Madden as the cause of injury.

Yes, that’s correct, the Madden curse has struck yet again.

We got a bit of a break from the curse two seasons ago with Tom Brady taking the cover of Madden 18 and then winning the Super Bowl that year. Then the curse came back last year with Antonio Brown on the cover, and yeah, we all know how that worked out.

Mahomes is on the cover of Madden 20 and the legend that is the Madden curse continues, and people were quick to point it out on Twitter on Thursday night.

THE MADDEN CURSE IS REAL

The Madden curse is the realest thing in sports.

Unmatched how consistent it is tbh