‘Madden NFL 21’ Simulation Predicts The 2020 Season, And The Results Are Mind-Boggling 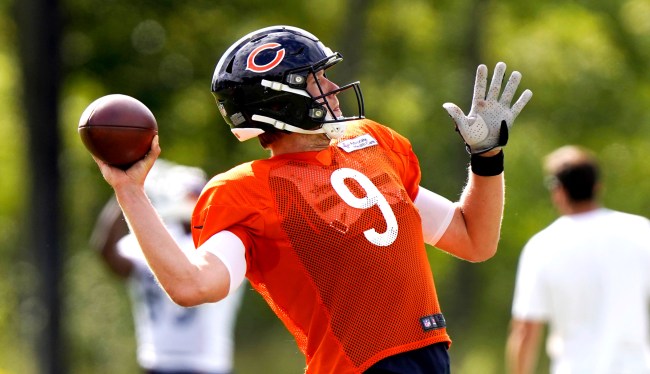 Over the years, the Madden NFL video game franchise has been eerily good at predicting the outcomes of games, seasons, and champions.

So, if Madden NFL 21 can repeat the previous year’s game’s success then the 2020 NFL season is going to be one seriously wild ride, according to Yahoo Sports.

During their simulation of the 2020 NFL season certain things certainly jumped out.

Tom Brady, at age 42, will complete 68 percent of his passes for 4,183 yards, 37 touchdowns, and 11 interceptions in his first season in Tampa Bay. Despite Brady’s heroics, the Bucs still only go 8-8 and miss the playoffs. TB12 then rides off into the sunset, retiring, as he has done in every Madden simulation conducted over the past several years.

Minus their two-decade long franchise quarterback, the New England Patriots… win the AFC East for the 18th time in 20 seasons. Some things apparently never change.

Over in Cleveland, the Browns finally take home the title in the AFC North with their best record since 1994 at 11-5 – the fourth time in that same period that the team has finished over .500.

Patrick Mahomes, fresh off signing his $503 million contract, completed a league best 70 percent of his passes for 4,416 yards and 39 touchdowns, leading the Chiefs to an 11-5 record and another berth in the Super Bowl.

Dallas finishes the year 9-7 without Jason Garrett, so some things truly do never change, and once again that mediocre record was good enough to win the NFC East.

Bringing up the rear in 2020 will be the New York Giants, Miami Dolphins, and Washington Football Team with 4-12 records – worst in the NFL.

At the top we see the Chicago Bears going 14-2 and meeting up with the Chiefs in the Super Bowl.

The Bears’ stellar season was led by none other than Nick Foles who also completed 70 percent of his passes for an eye-popping 4,801 yards, 44 TDs, and just 5 interceptions. This run by Foles garners him the 2020 NFL MVP award.

If you think that’s odd (and you should), in Super Bowl LV Foles wins another MVP award by throwing for six touchdowns (tying the Super Bowl record) as he leads the Bears to a 42-24 win over the Chiefs.

And finally, in addition to Brady calling it quits after the season, so do coaches Pete Carroll and Andy Reid, as well as players Adrian Peterson, Ben Roethlisberger, Terrell Suggs, Adam Vinatieri, Julian Edelman, Jason McCourty, and Frank Gore.

Texans head coach Bill O’Brien was the only one to get fired.

Check out the rest of the Madden NFL 21 simulation results for the 2020 NFL season over at Yahoo Sports.